Why the Crisis in Italy Mirrors the US 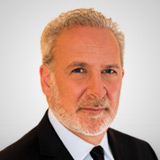 Market watchers around the world are justifiably fixated with the high-stakes, high-drama unfolding in Italy. A political crisis in the world's ninth largest economy, according to the IMF, would normally not be enough to cause an international meltdown, writes Peter Schiff.

Yet, given how thin the global economic ice has become as a result of ever-increasing debt loads, even small disruptions can create systemic problems.

From my perspective, what makes the Italian drama so interesting is that it parallels so precisely developments in the United States. It’s amazing that more Americans do not realize that when looking at Italy, they are looking at a fun house mirror reflection of the United States.

Italy is currently dealing with the results of an election in which populist political forces scored a big victory over the establishment, which they had judged to be both corrupt and ineffective. In other words, the Italians replayed the 2016 Presidential election in the U.S.

The big difference is that here the anti-immigrant tendencies of the right and the economic populism of the left were united in one person: Donald Trump.

In Italy, those positions are represented by two separate parties that normally would be rivals. But politics can make very strange bedfellows, and the absurdity of the current economic reality has made them partners.

As a result, the top two finishers in their recent election, the left-leaning Five Star Movement and the right-leaning Northern League have cobbled together a contradictory political program that mirrors the Trump agenda.

In other words, their proposed coalition would look to spend more and tax less. That’s the Trump agenda with a little Parmesan cheese on top. Apart from the appointment of a conservative Supreme Court Justice, Trump’s major political achievements have been massive government spending increases and tax cuts that have significantly widened the projected budget deficits.

The irony is that the governments of Italy and the United States are among the most indebted countries in the world. (2017 IMF figures) And the solutions being proposed by both countries are to go even deeper into debt!

This seems to be the fundamental problem of populism. As its name suggests, the goal of the ideology is “to appeal to what is popular.” As a high percentage of people enjoy getting free stuff, government spending programs tend to have a high degree of popularity.

Similarly, as a high percentage of people enjoy lower taxes, tax cuts also tend to be popular. But pixie sticks and cotton candy tend to be popular among first graders. Does that mean teachers should be handing out those goodies in whatever quantities their students demand?

Will these items do the kids any good in the long run? Good government is about making difficult decisions, not popular ones.

But as we in America sit back and laugh at the goings-on in Italy, we would do well to recall that our problems are not all that different. Like Italy, we have debt that is spiraling out of control and, like Italy, we have absolutely no plan to confront it.

What makes us different is that Italy is a part of the European Union, and the European Union is heavily influenced by German fiscal preferences. The Germans don’t like debt and, as a result, the European Union insists that member nations maintain annual deficits no higher than 3% of their respective Gross Domestic Products (GDP) as agreed in the Stability and Growth Pact.

This is to ensure that the countries that share the monetary union also pursue relatively similar fiscal policies. This is meant to ensure those enjoying the benefits of a strong currency assume the responsibility of living within one’s means. Absent such controls, overly indebted countries could live off the fiscal responsibility of others. This would create resentment and political disunion.

But the United States has enjoyed this advantage without having to join a currency union.

In addition, a good portion of public and private global debt is denominated in dollars. This has meant that the U.S. has been able to run up enormous deficits without exposing its currency to the selling pressure experienced by other countries. Countries that don't have this ace in the hole, like Argentina and Venezuela, have seen their currencies plummet for their failures to rein in their debts. The fact that we have not had to pay this price, at least for now, has blinded us from the danger.

After 20 years of living with a currency they didn’t earn, the Italian voters don't seem to understand this trade-off either.

Basically, Five Star and the Northern League want to leave the euro so that Italy can once again print its own currency (the lira) in order to “pay off” its debt and meet promised government expenditures. (These are the policies that decimated the lira in the past and resulted in the 4,000 lira cappuccino).

But without German savings backing up its currency, and the prospect of never-ending debt, investors would demand high interest rates to compensate them for the risks of owning Italian government debt. Currently, Italians can borrow at 1% to 2%. Imagine what might happen to the already weak Italian economy if rates went to 10% or more?

To help prevent that, the Italian Central Bank would have to step in and buy Italian government debt. This is the classic recipe for hyper-inflation and steep currency decline. With a much weaker currency, the Italians could repay their creditors on the cheap and nominally meet its spending obligations. But all citizens would lose purchasing power. Prices for everyday goods would increase, Italians would have to make do with less, and Italy would no longer be among the world's largest economies.

It’s important to realize, however, that without the weight of Italian debt pulling down the currency, the euro could be in a position to move much higher. Given the German preference for sound money, one would think it would welcome this development. But the Germans are making their own silly trade-off. They believe that an awkward union with less fiscally responsible neighbors is a necessary evil because it delivers a large and lucrative market for German products (there are no trade barriers within the eurozone).

If they want to keep selling to Italians, they have to make sure that Italians are able to buy. This is the same kind of “vendor financing” model that has kept the Chinese buying American bonds even when those “investments” don't seem capable of delivering a profit. But Germany enjoyed a strong balance of trade within Europe before the euro (EUR) was established and it continues to do the same today with countries outside the eurozone. So why is the common currency so important to it? Many have argued, perhaps with some justification, that the Germans see the eurozone as an economic means to obtain the political power in Europe that its military adventures failed to achieve in the last century.

The question we should be asking in the U.S. is whether our foreign creditors will support us as readily as the Germans seem to be willing to support Italy. But by pursuing a policy of such irresponsibility, The Donald is making these eventual decisions easier to make. A possible next recession is capable of pushing our annual deficits well past the trillion dollar-mark projections of the Congressional Budget Office for fiscal year 2020.

If creditors fail to step forward to buy all the bonds needed to cover such a shortfall, then interest rates could spike much higher. To help protect the economy from higher rates, the Fed may have to monetize the debt, and the dollar may fall steeply. Sound familiar?

For now, the most interesting aspect of the drama is political.

In a surprise move, Sergio Mattarella, Italy’s largely ceremonial president, exercised one of his few powers to block the formation of the anti-euro coalition government. Populists howled that the president and his elitist sympathizers are thwarting the will of the people (but that is exactly the point of having a president who is not beholden to the legislature).

This move risks an even bigger populist backlash when the Italians go back to the polls in September. If the same coalition emerges, the battle lines will deploy on the same territory. Sooner or later, the guns will start firing. Sensing this, the Italian center is currently scrambling to restart negotiations with the populists. It's a mess. In our country, the urgency may not be as evident, but the problems are identical.

The prospect of Quitaly (the newly coined term for Italy leaving the eurozone) may have factored into Trump’s decision to move forward with his 25% tariffs on imported steel and aluminum.

After putting the proposals on hold for more than a month (while negotiators tried to broker a truce), Trump may have calculated that a fearful Europe would not retaliate.

But like just about every other assumption Trump has made, that hope appears to be ill-considered. By infuriating our NAFTA partners, the Europeans and the Chinese  simultaneously, Trump is increasing the likelihood that when our day of reckoning comes, there may be no one there to break our fall.

Best-selling author Peter Schiff is the CEO and chief global strategist of Euro Pacific Capital. His podcasts are available on The Peter Schiff Channel on YouTube.

Sign up for both of Peter Schiff's free newsletters from Euro Pacific Capital here.