What remained unsaid by analysts or tech CEOs for months is exactly what’s behind the so-called dark day for Apple (AAPL) that will dawn in markets, and sober technology shares Thursday, says Gene Inger today. He’s presenting at MoneyShow Orlando.

Of course, the Apple basic business is intact, but as I’ve written, Services growth in the long run is dependent on the installed universe of customers. And that’s where consumers aren’t biting well now.

It’s not just pricing and discounting to gain market share, though they are doing that also especially in India and China. It does reflect mostly the primary reason I was confident Apple would not grow share fast in China. 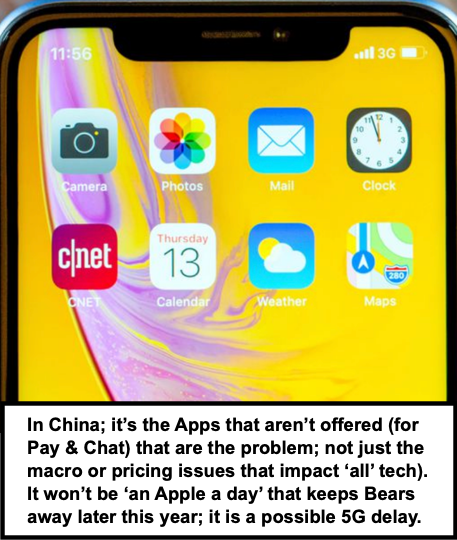 Unlike what one analyst said, this is not simply the kind of stuff that happens in a bear market. It is recognition and affirmation of what we’d indicated was coming, for the markets, and for Apple and other techs too.

It’s not just that subsidies didn’t help Apple sales here or abroad. They raised prices into one of the most difficult economic times in Europe too. As for China, price and subsidies get blame. And more.

I argued that two developments took away both desired features as well as security and privacy:

--an absence of the most popular pay or chat apps in China.
--and the insistence that Chinese government minders have access to Apple iCloud accounts of Chinese citizens. (They even tried that in Canada and the U.S. for a while until a loud protest stopped that.

In China that was Apple’s trump card before.

So, Apple guides lower and people act surprised. In a sense I expect the market to extrapolate that the China slowdown impacts all the big companies that rebounded lately, and have a lot of business that relies on China. Not so much parts made there or products assembled by a slew but end-products sold there by American and European companies. Or in which a large share of earnings expectations is dependent on a lot of revenue in China. 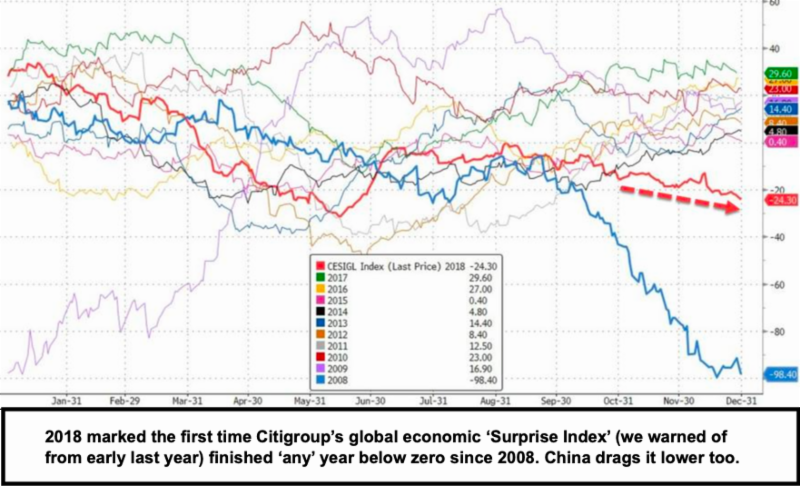 Now this may change if and when we get a trade deal with China. It does reflect how important this single area of trade & tariffs is to our stock market, and to the synchronized global slowdown which continues. Memory and component makers warned of this for weeks and months. I have no idea why Apple is trying to shift a lot of their explanation to the primary factors that were already known.

CEO Tim Cook said they were surprised by trade tensions adding pressure on the Chinese sales. Again, no idea why, since they knew of course about the sales. (Look at the failure to break out unit sales. And cover that up somewhat with stories about pricing ranges to sort of pretend the iPhone market was still growing.)

I think Apple will be fine in the very long run. And there’s a huge new upgrade cycle coming, but not yet. Even before iPhone XS came-out, I made it very clear that Apple shares topped-out in the 220s (a lateral technical pattern).

And more importantly, I said it made no sense for most folks or fund managers to buy that stock at over 200. Incidentally it’s not a Buy now. But stay-tuned. Apple doesn’t exhibit directly at CES in Las Vegas, but I have an idea what they’re doing that will be interesting but it still won’t totally offset this decline, for now. 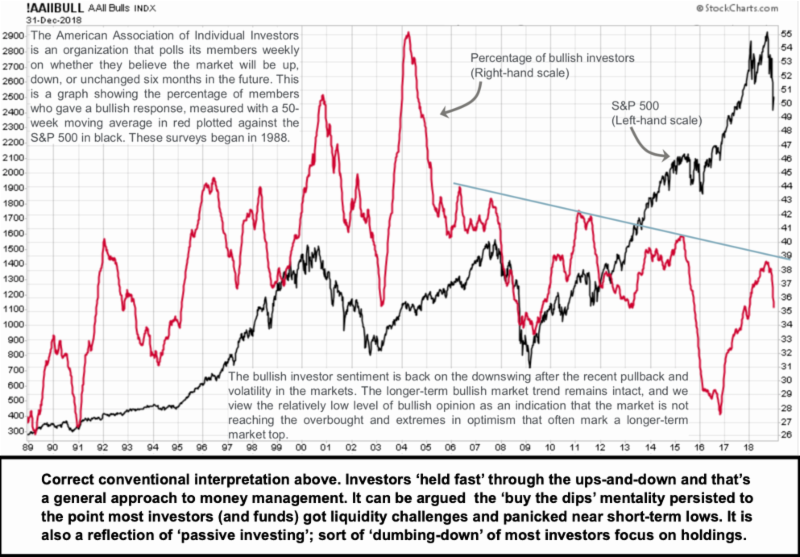 I have argued smartphone saturation peaked last year. And that most all of the technology stocks would come down to Earth. That can be related to the smartphone issue. Or the U.S. dollar (USD) strength. Or tariffs.

But I think something is on Tim Cook’s mind that he didn’t mention. Their reliance on the Intel (INTC) cellular modem on iPhones now, and the later development of Intel’s newest cellular chip that supports 5G means Apple may lag Qualcomm (QCOM) not used due to the litigation in ready-for- market 5G phones.

Apple set to pull some iPhones from its German stores after Qualcomm enforces ban: Reuters Thursday.

Samsung (SSNLF) is going to debut one this Spring (we wrote about that last month) and LG (LPL) is doing so as well. And a far less expensive Chinese company is as well.

Apple 5G: At the time I wrote that even though Apple will talk about higher thru-put on LTE (and that will be true), people will gravitate toward 5G even if it won’t be a big difference for typical cellphone use.

That will cripple sales until Apple is aboard 5G. Period. I love Apple as a company. And I loved the stock at 57, as long-time members know. And loved suggesting one should be a partial seller at least above 200. And I love the idea of buying that part back lower, but not yet.

So, as I have correctly criticized some of these things Apple of course talked about this being global and Cook trotted out all the macro issues I’ve focused on. While rebounds will be attempted, they will be unsuccessful for a bit.

Ultimately this will help flush-out those who moved into the New Year in a fully-invested position. And will address unfinished downside business. It was already evident Wednesday morning with the U.S. Manufacturing data, not just the Chinese data everyone focused on. Neither are surprising. 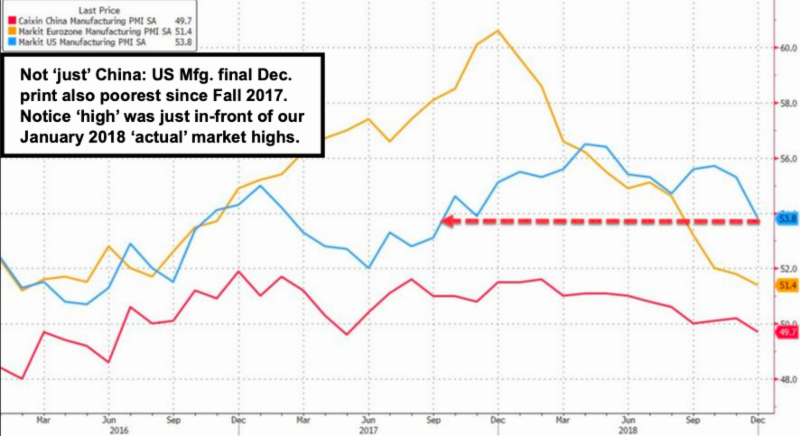 In-sum: what that means is several-fold:

A) Most all big tech stocks will be hit.
B) My suspicion about unfinished business on the downside hits fast in this case.
C) The S&P (SPX) and especially the NASDAQ 100 (NDX)  (or QQQ) really ran into the proverbial brick wall of resistance that I speculated as a risk with the start of the New Year.