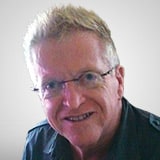 For a year the Fed has been off-the-market in analyzing the economic contraction abroad and the sluggish conditions at home, notes Gene Inger. He’s presenting at MoneyShow Orlando.

“Fewer interventions,” was the singular phrase in Federal Reserve Board Chairman Jerome Powell's Fed new conference that sums it up with regard to balance sheet unwinding.

The Chairman sort of acknowledges risks greater to the downside (or what he terms “baseline”); so pretty much followed-on similar calming comments we've frequently noted by ECB President Mario Draghi.

In fact, while the policy stance wasn’t changed, it really was. How so? Because the FOMC acknowledged all the major global disruptions and sluggishness. This matters, because for a year the Fed has been off-the-market in analyzing the economic contraction abroad and the sluggish conditions at home.

The Fed was extremely transparent. He's talking about terminal levels of reserve, so that makes degrees of accommodation perhaps variable, in the longer-run. It means that in future FOMC meetings they'll address it a bit further; but so far no finality or judgement about how things will go. That means there are too many known unknowns to be decisive with any moves, or prospects for continued tightening.

Observations on the FOMC Policy Statement and Chair Powell’s comments:

In-sum: the Fed's policy stance is appropriate for now. It also correlates with our view of the S&P 500 nudging-up into higher levels for now. Certainly the market holds within the higher portions of what I have described as a congestion zone of 2600-2700.