Stocks are jittery but holding their ground as the bond market sends mixed signals about recession risk, writes Marvin Appel.

At this point, it is unlikely that SPY will get below 274 on the current sell signal. Nonetheless, our U.S. equity model remains on its sell signal, suggesting that risk remains greater to the downside than to the upside. 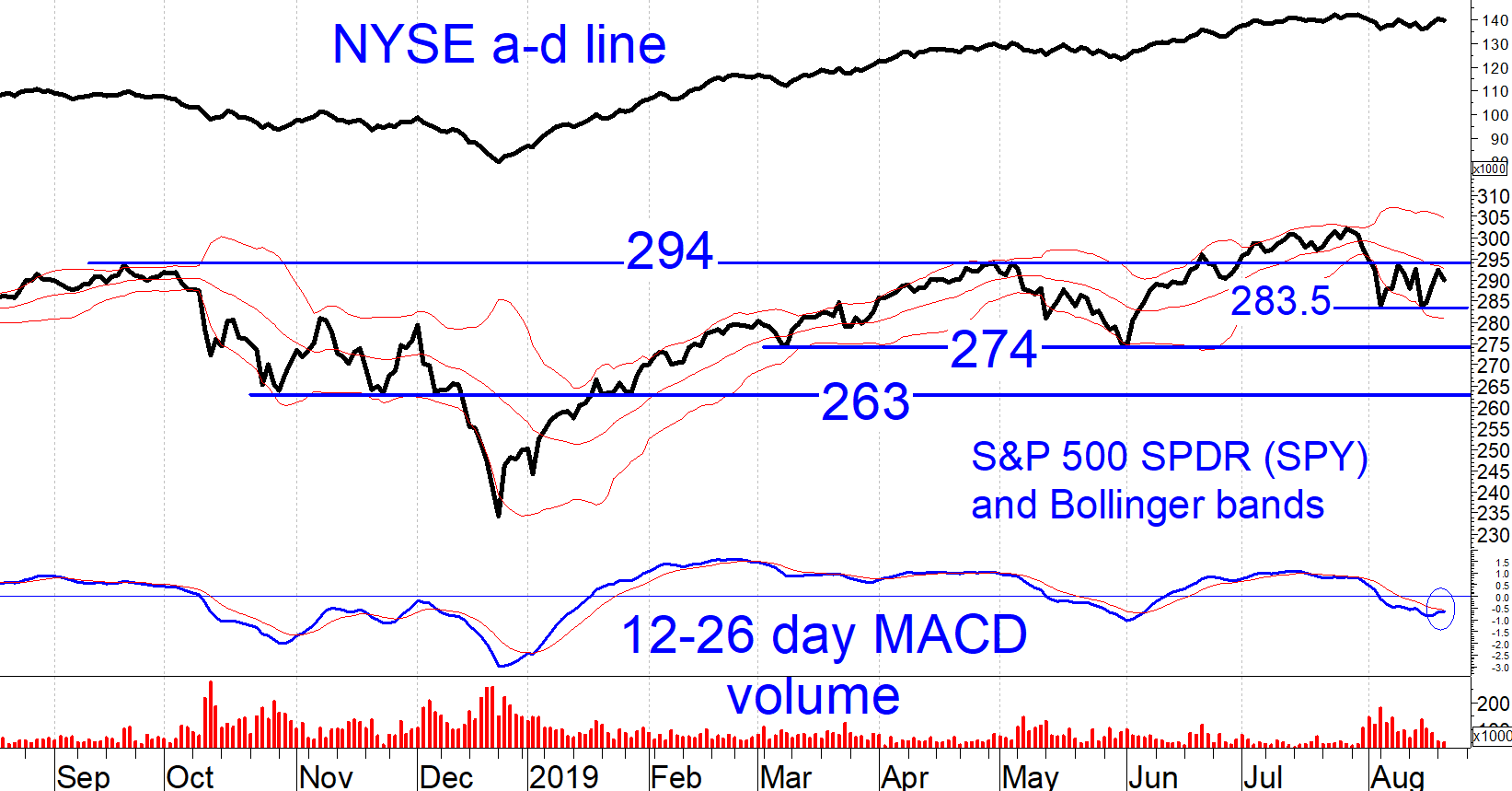 Defensive sectors have rallied in August

The chart below shows the Consumer Staples Sector SPDR (XLP), which is up in August, in contrast to the S&P 500 Index. Moreover, unlike SPY where the MACD is below zero (circled in the chart), signifying a near-term downtrend, the MACD of XLP is now above zero.

I continue to recommend XLP as a long term holding, both because it has historically held up better during general market declines and because of its above-average Securities and Exchange Commission (SEC) rules yield of 2.6% (versus the yield of 1.8% on SPY). With interest rates as low as they are in Europe and Japan, one would be forced to invest in equities for income, and XLP would be a prime candidate (see chart below). In addition to the yield and the lower volatility, XLP has matched the gains in SPY since the inception of XLP in 1998, but with less risk. (Utilities and REITs would be other likely sources of above-average dividend income, but these have been riskier than XLP historically.) 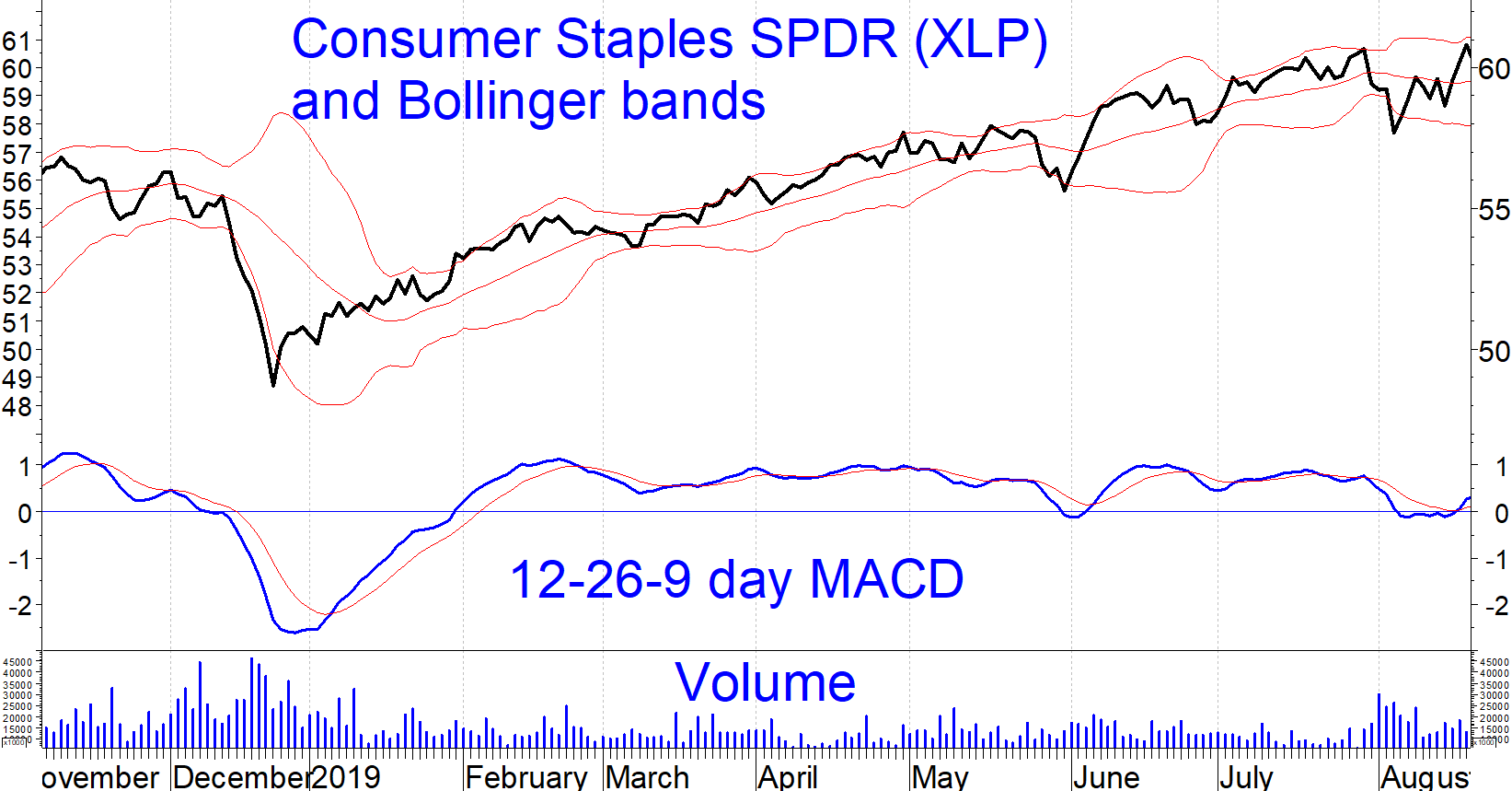 Tactical traders might be able to get a better entry in XLP if they wait a bit because XLP lies near the upper Bollinger band (near-term overbought). Such traders could either wait for our U.S. equity buy signal to add to XLP or, in the event of a retest of the Aug. 5 low ($57.70) you could do some bottom fishing. On the other hand, the long-term model we use to trade XLP for our clients has remained a buy signal.