What is a Put Option? 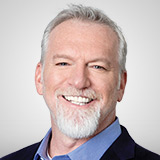 A put option is one of the two types of options, with the other being call options. When an investor buys a put option, they have the right to sell the security (such as a stock) that's underlying the option at its strike price, all the way until the option's expiration. Suppose an investor owns 100 shares of XYZ, and they have decided to purchase a put option on the shares with a strike of $25. Let's say XYZ stock drops to $20. An investor could do a couple of things here. They could exercise the put option, obligating the seller to buy the shares of XYZ at $25 ,that's $5 a share above where the market price is. Or, an investor could sell the put, which probably has become worth more than what they paid because it now has $5 of intrinsic value. Puts generally increase in price as their underlying security falls in market value.

An investor could also sell a put option and collect income if that was their goal, though the strategy is not without potentially significant risks. In addition, an investor could combine puts with different strikes or expirations and build spreads, or they could trade them simultaneously with call options to create different strategies, such as collars or condors.