The Dollar & the Reflation Trade 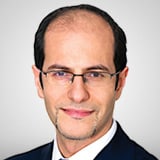 End of year weakness in the US Dollar, is setting up a 2020 reflation trade, writes Ashraf Laidi.

As the decade closes on King Dollar (the Swiss franc (CHF) is the only currency to have risen against the greenback since January 2010), the U.S. Dollar Index Friday posted its fourth biggest percentage decline of the year, something that may be discarded by most FX traders as a result of thin trading conditions and lack of urgent USD funding.

Taking a closer look, improving optimism on the US-China trade front combined with the Federal Reserve's persistent pumping of liquidity in the repo market are drawing up the key elements of a broadening “reflation” trade for early 2020. 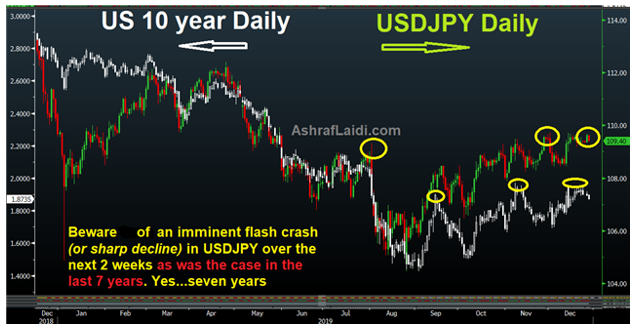 Due to the gains in indices, the Japanese yen (JPY) was a modest advancer against the USD this week. But the above chart opens ample opportunity for a catch-down selloff in the pair as traders in Western markets operate shadow staff and Japanese traders get ready to take off for the first two weeks of the New Year. USDJPY declines of as much as 300 to 500 pips have occurred in early January since 2013, within minutes, or days. Falling U.S. yields, recovering metals (led by silver, aluminum and gold) have helped bolster the reflation trade, while miners have outperformed bullion at the highest level in more than two years.

What could change? Fear of too rapid a rise in yields (as in January 2018), or a blow to the US-China trade narrative (or both).

You can see Ashraf’s daily analysis at www.AshrafLaidi.com and sign up for the Premium Insights. Ashraf will be discussing fractals in the FX market and his global macro outlook at the TradersEXPO New York on March 8.