While the EURUSD has had its strongest rally in two years, it is still in a bear trend, writes Al Brooks.

Despite the strongest rally in the two years in the EURUSD currency pair, it also has been in a trading range for six months and traders are continuing to look for reversals every two to three weeks.

The EURUSD monthly Forex chart (below) has been in a bear trend for two years. However, the EURUSD has rallied for four months. This is the longest rally in the bear trend. 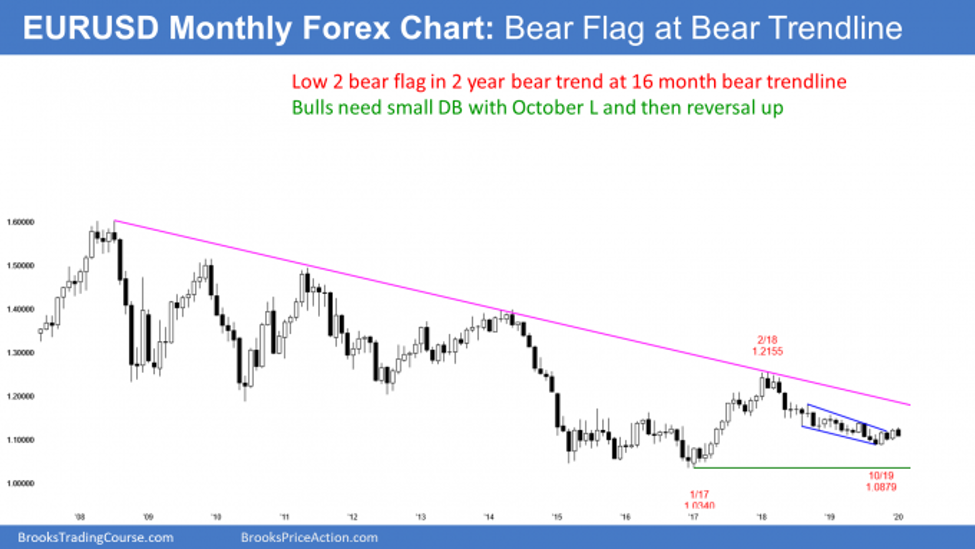 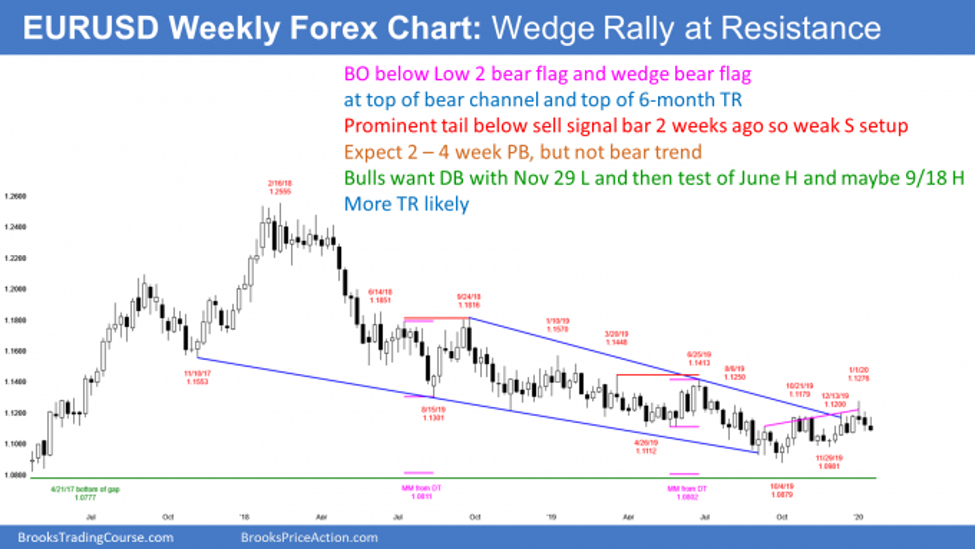 The bear channel has been tight since it began in June or September 2018. A tight bear channel typically has to transition into a trading range before it can reverse into a bull trend.

The four-month rally broke above the top of the bear channel, which means the bear trend line. But the breakout has been small and the rally has lacked consecutive bull trend bars. It looks more like a bull leg in a trading range or in a bear channel than the start of a bull trend.

Sometimes a break above a bear channel only lasts a few bars and then the bear trend resumes. The result is a broader, flatter, weaker bear channel. Traders then conclude that the attempt to evolve into a bull trend has failed.

The monthly chart is currently in a transition phase. Traders need more information before they conclude that these four months are the start of a bull trend or simply a bull leg in a broader bear channel.

At the moment, the rally looks more like a bull leg in a bear channel than the start of a bull trend. However, there are still two weeks left in January. If the bulls are able to get the month to close on its high, January would be the second consecutive bull candlestick on the monthly chart. That would be the first instance in two years and it would increase the chance that the bear trend has ended.

Yen & Stocks are Latest Casualties of Coronavirus
11 hours ago