After a stronger finish in Europe on Monday, European stocks have jumped higher on the open again today. The mood in the market is showing signs of improving despite mixed headlines. With equities markets now moving higher for four of the past five sessions investors are debating whether there are grounds for a sustained move higher (or if these is end of quarter rebalancing).

Chinese factory data overnight gave a flicker of hope that the world’s second largest economy is firing back up, despite large parts of the world grinding to a halt. Comments by the World Health Organization (WHO) that the Coronavirus outbreak in Europe may be approaching its peak is also boosting sentiment and comes as Italy sees the smallest number of new cases in two weeks.

However, it is still far too soon to be singing victory. At the same time that the outbreak in Europe is showing signs of stabilizing, restrictions on public life are also being ramped up meaning that there is still a lot of economic pain to get through. The Coronavirus outbreak in the United States is also escalating at a frightening rate. Deaths there have already reached 3000.

The biggest cap on sentiment is owing to the amount of uncertainty still out there. We don’t know how long the lock downs will continue for and whether there will be a second wave of infections when restrictive measures are eased. Furthermore, we have no idea what state the global economy will be in when we come out the other side. These fears are likely to limit gains

The Dax has jumped 1.5% on the open, trading around the key psychological level of 10,000, the top end of its trading range. On the four-our chart the Dax traded above its 50-period and 100-period simple moving average. A close above 10,150 could see more bulls buy in. 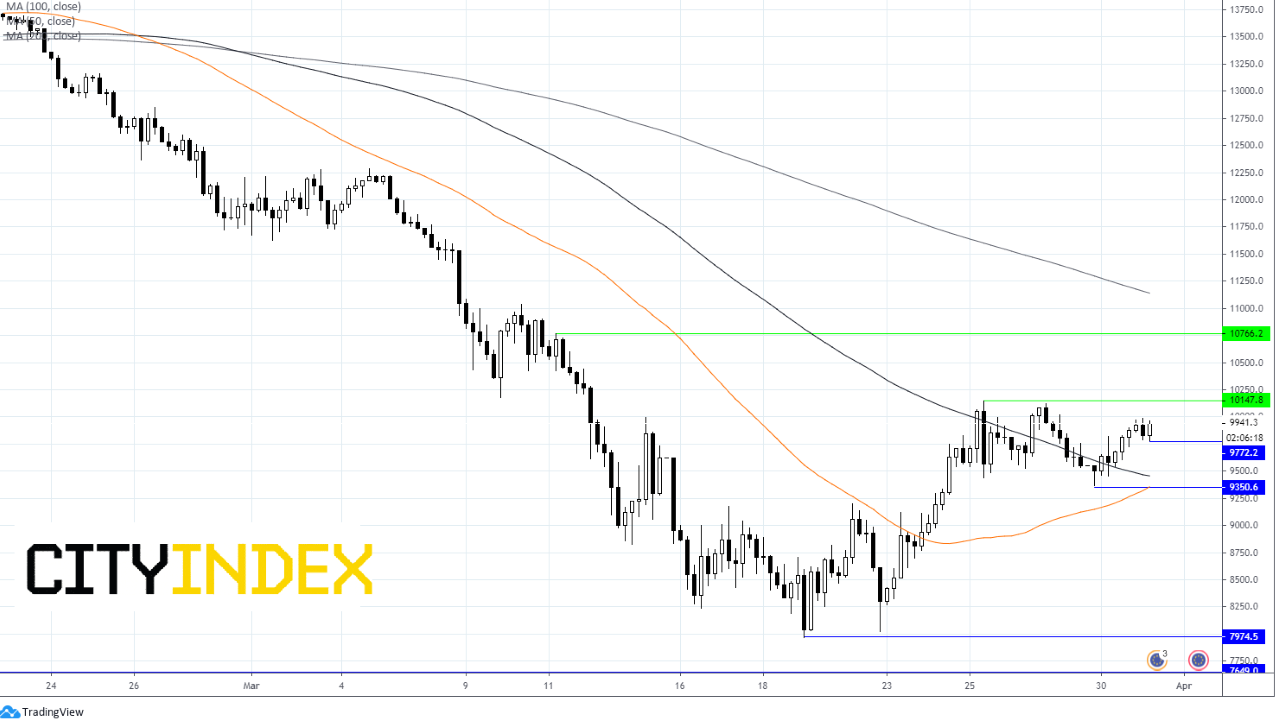