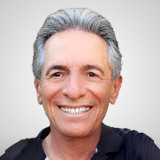 Several stocks made important moves on significant volume, signaling that a greater breakout may be on the horizon. These include: