Chinese exports are on the rise despite rhetoric heating up from the U.S. President, reports Fiona Cincotta.

Stocks had a choppy day on Friday as investors weighed President Trump taking aim at Chinese tech, impressive Chinese and German trade data, and nervousness over the July Employment report.

Earlier on Thursday President Trump also advised that Chinese firms listed on U.S. stock exchanges delisted unless they can provide U.S. regulators with access to their accounts.

These moves are unlikely to be taken lying down by China and could potentially see China blocking U.S. big Tech firms such as Apple (AAPL) or Microsoft (MSFT). Whilst tech was always an undercurrent in the US - Sino trade war, this latest move points to the potential start of a more explicit tech war?

Timing is everything and doesn’t bode well for the next U.S.–Chinese meeting over progress in the Phase one trade deal next week.

The attacks by President Trump and flaring up of U.S.-Chinese tensions have overshadowed the surge in Chinese exports. Trade data from China showed that exports soared 7.2% compared to a year earlier. This is significantly ahead of 0.2% increase forecast and points to the Chinese economic recovery gaining momentum.

Upbeat data from Germany is going someway to offset the Trump inspired downbeat mood. German exports rose in June for a second straight month and rose by a convincing 14.9% in June, while imports increased 7%. The data adds to mounting evidence that the economic recovery in Germany is on a solid footing and comes following factory orders data yesterday, which smashed expectations (see DAX chart below). 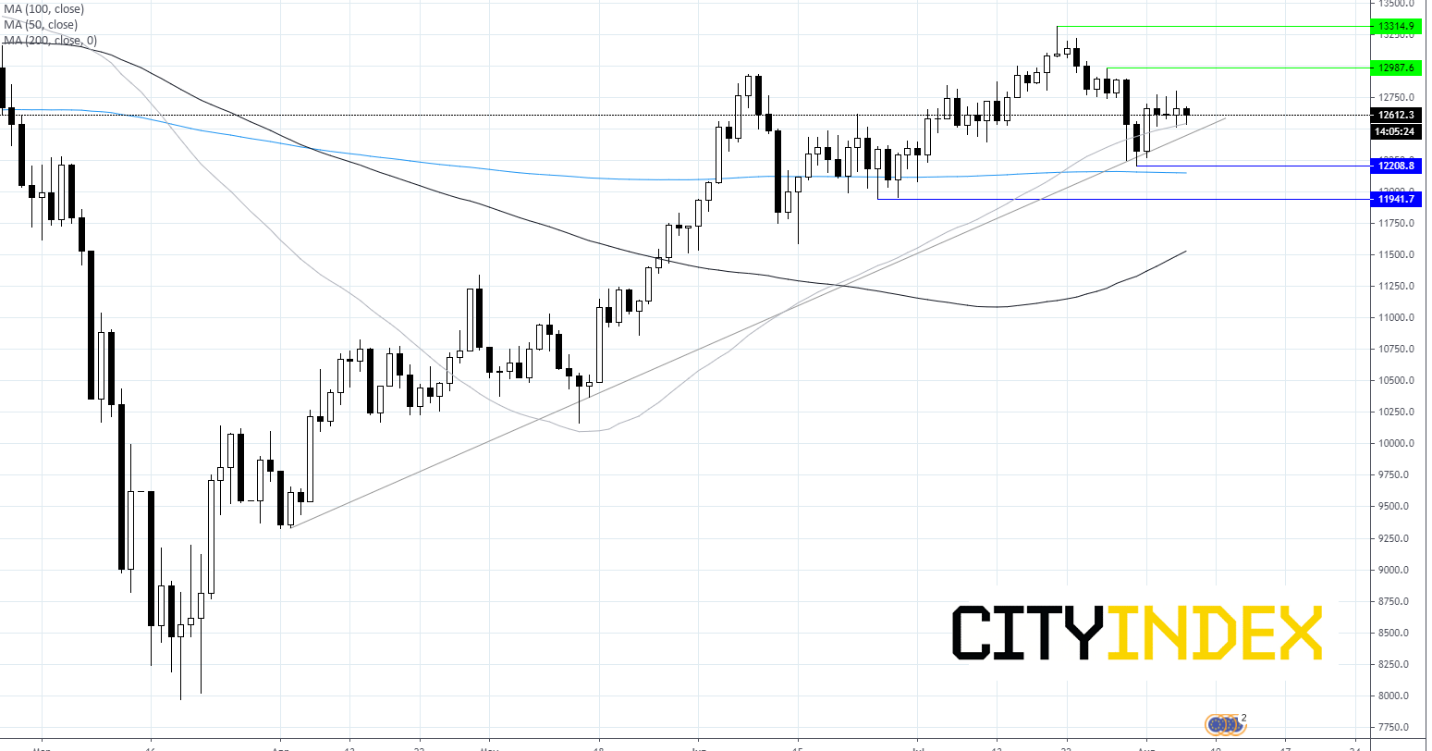 Developments on Capitol Hill will be in focus as the Democrats and Republicans have so far failed to agree on a new stimulus package for America to support it through the Coronavirus pandemic. The two sides remain far apart on what size the package should be. The summer recess is due to start today.