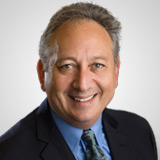 Many have tried to make the argument the current market is well overvalued, overbought, and out of reach, much like the dotcom days in the 1990s, states Bob Lang of ExplosiveOptions.net.

It might be true, but then we all know liquidity is the main function these days. Last week the Fed responded boldly to that question: No, we are not giving up. So, it's a risk-on behavior, and eventually that will become dangerous.

I'm old enough to remember the go-go 90s, the dot.com era of stocks. That was the time when you threw money at anything to make it stick, and it usually happened. Nobody cared about valuation, and if they dared short they would be clobbered. It worked until it was time for it not to work (Fed intervention again). But valuations were stretched beyond reason, as was the case with one company named Brocade Communications (BRCD).

This company was a strong one, with a “who's who”s customer list. But the stock was over-loved and way overvalued. At one-point Brocade was selling at 100x sales and had little-to-no earnings! A huge RED FLAG! Put that into perspective, it would take 100 years for Brocade to fill in its valuation. It wasn't going to happen. Comparably, Apple (AAPL) today trades for about 11x sales. Today, Brocade is part of Extreme Networks and was sold a few years back for a pittance of its valuation back in the 90's. The stock collapsed over that time (and the ensuing bear market) by more than 95% before being sold. It was a disgrace.

I bring this to compare against recent IPO Snowflake (SNOW). They went public last week and was sporting a valuation of—you guessed it, 100x sales. Now, I don't know much about this software company other than they are probably well overvalued. So, if you were excited about this IPO, I would stop you right there. The RED FLAG is up.

It's a shame this newly traded company would start so high and probably have to work its way down. We know the owners of the company made out like bandits. But the rest of us? Probably a good idea to wait until the stock settles down from these nosebleed levels. Maybe it's a good one, we don't know yet. Plenty of fanfare like Uber (UBER), Twitter (TWTR) and Facebook (FB). For the average investor, lots of lip service so far. At these prices, you're likely to get burned.