Bull markets climb a wall of worry, but traders in US stocks appear to be too distracted for concern, states Ian Murphy of MurphyTrading.com.

Admittedly there is plenty going on such as the congressional hearing into the GameStop (GME) squeeze, which kicked off yesterday. The cast of characters will ensure an entertaining spectacle.

Depending on your perspective the saga was either a retail revolution followed by a sell out to the man, or just another day on Wall street. Personally, I’m looking forward to hearing from the guy who goes by the handle “Roaring Kitty” and “DeepF***ingValue.”

And I thought the “Leprechaun Trader” moniker given to me by Dr. Elder was a little uncool, maybe he was on to something after all and it’s time to dust it off? 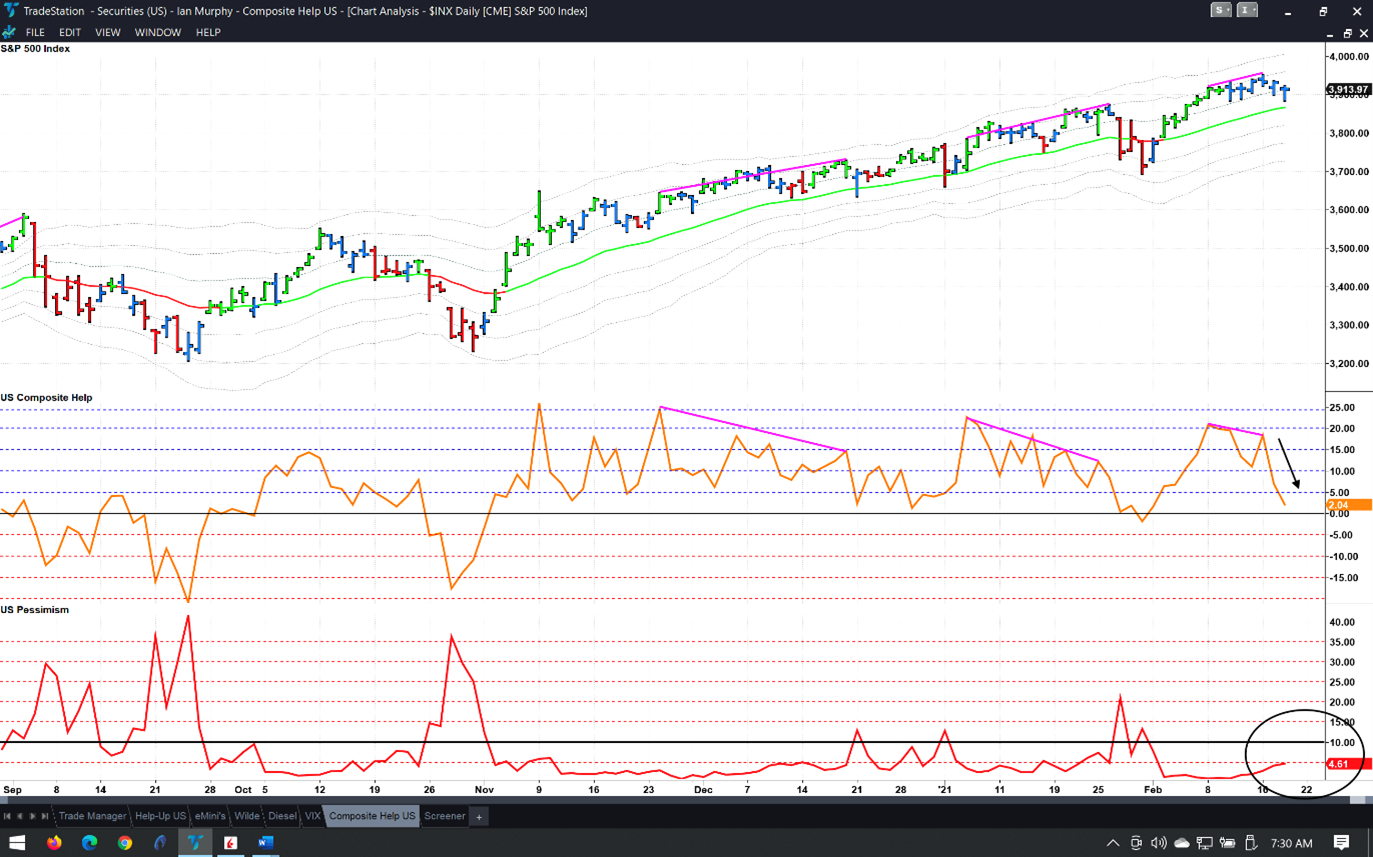 Thankfully, technical indicators don’t do distraction and the Pessimism Indicator, which I mentioned a few times recently has been rising steadily since February 11. At 4.61% we are not in the danger zone yet (black circle), but it is rising none the less and it needs to tick down if the S&P 500 (SPX) is to continue going up.

Take note of Composite Help also. Following a bearish divergence (pink lines) it’s heading down to the zero line where a crossover will be a bearish signal for US equities.

Across the pond, UK markets didn’t get the memo about economic collapse due to Brexit and stocks are on a tear while pulling the pound along with them. GBP/USD crossed 1.40 in this morning’s trade (left chart) and the popular FTSE250 ETF (LSE:MIDD) made another new high during the week.

During yesterday’s presentations on the MoneyShow® Virtual Expo it was interesting to hear contributors saying how attractive overseas stocks could be in 2021. This is something I highlighted last fall—just saying.