Just about a year ago, I noted that corporate insiders were betting heavily on a reversal in the relative downtrend in value versus growth, recalls Jesse Felder of The Felder Report.

At the time, executives at companies outside of the most popular sectors in the market were buying shares of their own stock in the open market in size. Since then, value has staged a dramatic comeback. In fact, this quarter marks the greatest period of outperformance for value over growth in two decades. Furthermore, rising interest rates would appear to suggest this trend still has room to run. 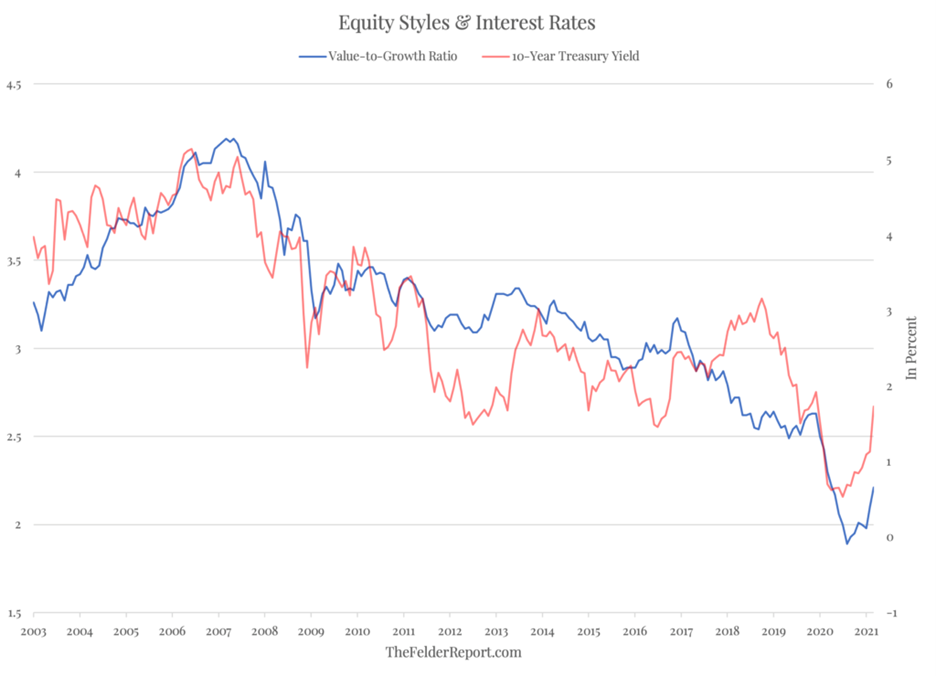 However, value’s outperformance, should it continue, may not necessarily come from generating greater gains than growth stocks. The way I see it, before this resurgence in value began, growth stocks outperformed to such a degree that they essentially came to discount negative interest rates. Now that rates have not only failed to go negative but have begun to normalize to some degree, growth stocks are vulnerable to an even more significant give back of relative gains than they have seen already. This giveback could come in the form of continued lagging performance to the upside, or in a broader change in trend, leading to the downside. 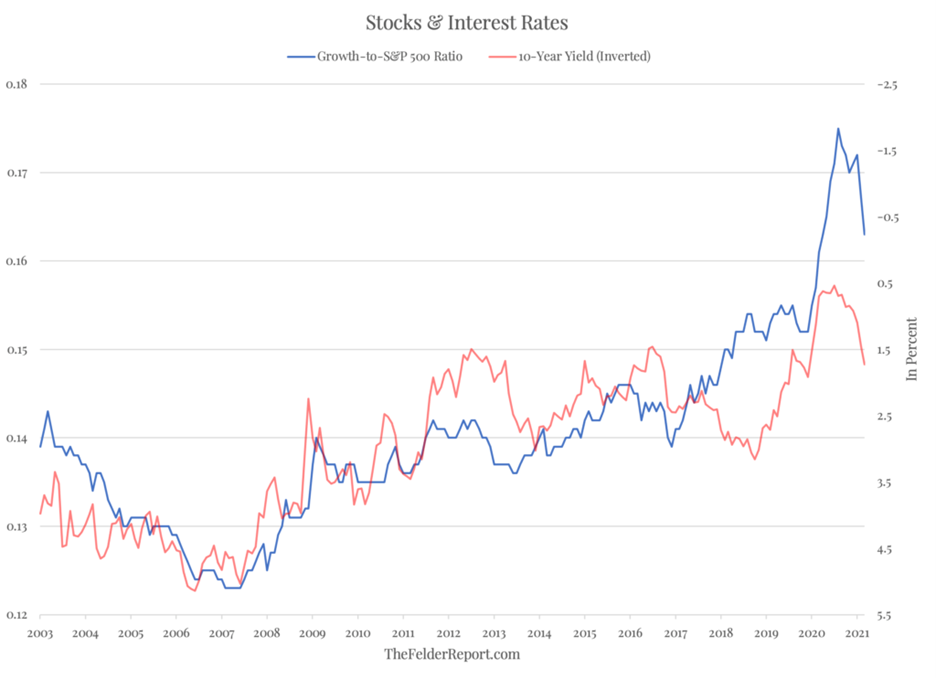 In the latter case, value stocks could continue their outperformance simply by losing less than the broad indexes, a prospect which may appeal to relative return investors like most fund managers. But, as they say, you can’t eat relative returns. For the rest of us, considering the unprecedented breadth of overvaluation in the market at present, it may pay to once again take a more traditional value approach that is more targeted and more focused than pursuing value as a factor will allow. Certainly, insiders are nowhere near as bullish as they were a year ago.