The Bulls Have the Upper Hand

The pace of the market's advance has slowed from the torrid run that it had between March 26 and April 16, but the S&P 500 (SPX) is still making new all-time highs almost every day, states Larry McMillan of Option Strategist.

SPX has three major support levels, 4120 (which is the daily lows of several days during April), 4000 (which was the March high), and 3850-3870 (which is the area from which the current leg of this bull market rally emanated on March 26.

Equity-only put-call ratios continue to decline, and so they remain bullish indicators for the stock market. The buy signals at the end of March have matured into decent trades. The weighted ratio is now the one beginning to approach historically low (overbought) levels. 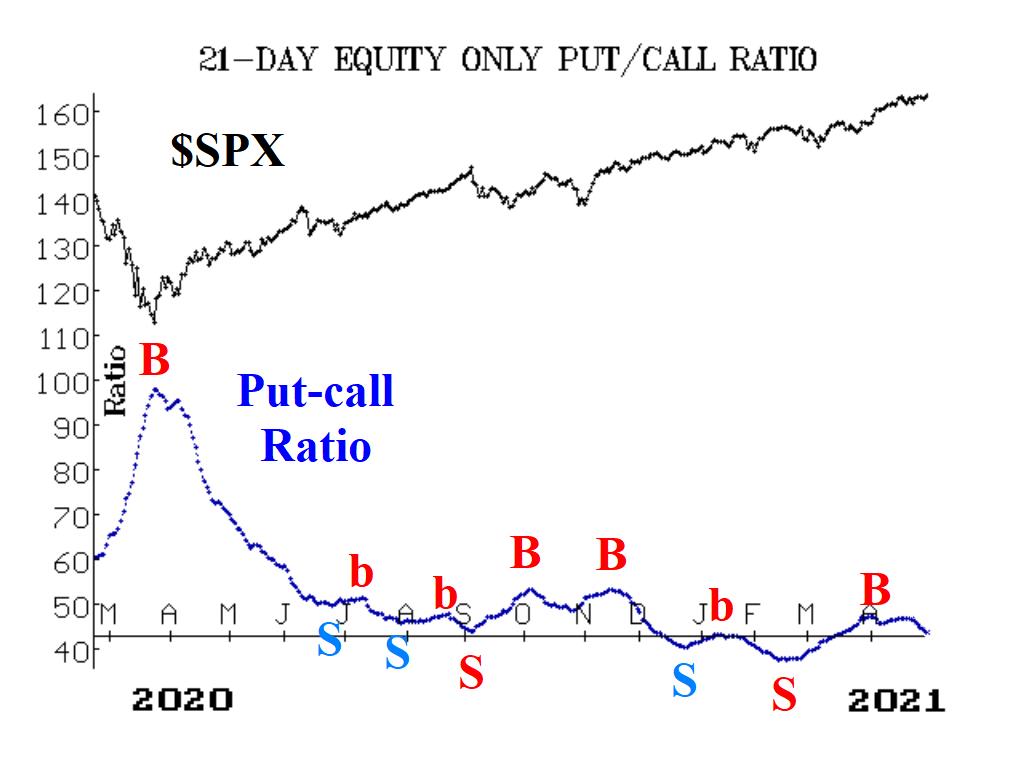 After some flirtation with sell signals about two weeks ago, market breadth has regrouped and improved. Both breadth oscillators are on buy signals, albeit in only modestly overbought territory. With SPX making new all-time highs, we would like to see the breadth oscillators move more deeply into overbought territory, but that has not been the case.

Meanwhile, the trend of CBOE SPX Volatility Index (VIX) is still downwards, since it is trading below its declining 20-day and 200-day moving averages. That is bullish for stocks.

In summary, we remain bullish. Maintain a "core" bullish position. There are no confirmed sell signals at this time. The main things to watch are the trends of SPX (upward) and VIX (downward). As long as those are intact (i.e., as long as SPX is trading above support), then the bulls have the upper hand.