The Buffett Yardstick, or total market capitalization of the US equity market relative to the overall size of the economy, now stands at a gaudy 270%, explains Jesse Felder of The Felder Report.

For reference, at the peak of the dotcom mania, this measure only reached 188% so we are now over 40% more expensive than the most expensive stock market peak in history! Another way to think about this is to understand that, at today’s valuation, the stock market would need to fall 30% overnight in order to match the peak of what is widely considered the greatest bubble in modern history. 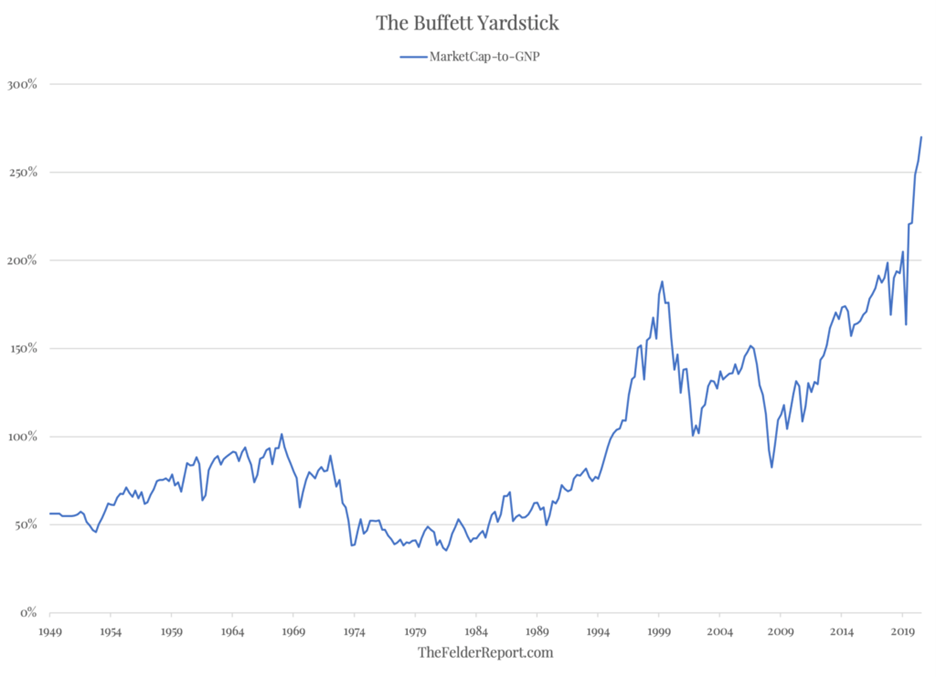 Not only is the current stock market bubble that much bigger than the previous record, but it is also far broader. The median price-to-sales ratio of S&P 500 Index components is now almost 75% higher than it was at the peak of the dotcom mania just over 20 years ago. In other words, unlike that previous bubble, which was confined to just a subset, the current bubble encompasses a much greater proportion of the overall stock market. 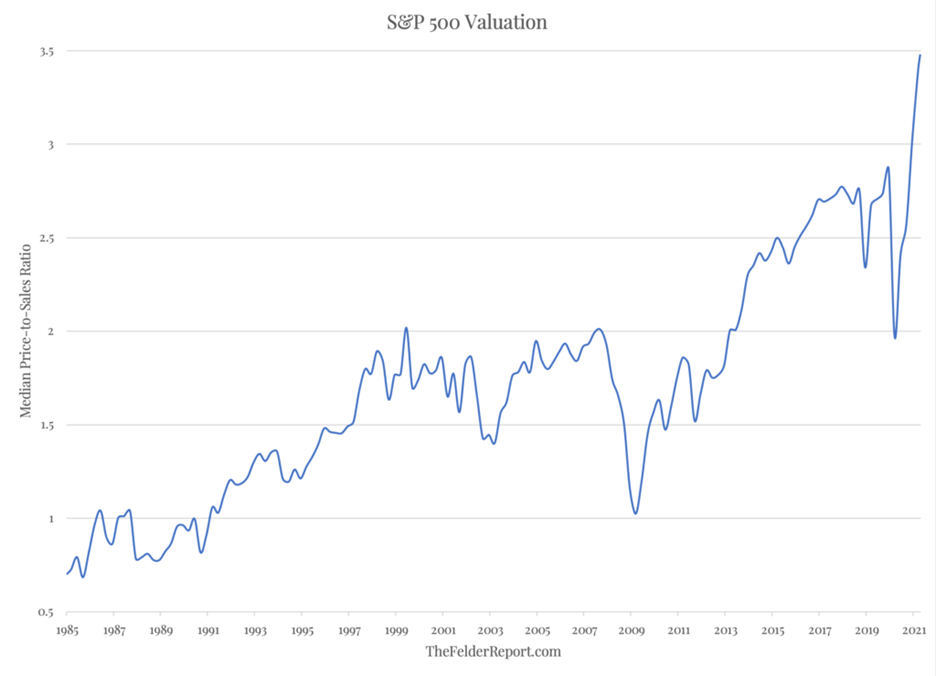 The breadth of the extreme in valuations can also be seen in the number of components trading over 10-times revenues. In March of 2000, 45 of the 500 components traded above this hurdle which Sun Microsystems CEO, Scott McNealy, would later call, “ridiculous.” As of April 2021, 65 components of the index had overcome this level, a testament to the extent of the ridiculousness in the market at present. 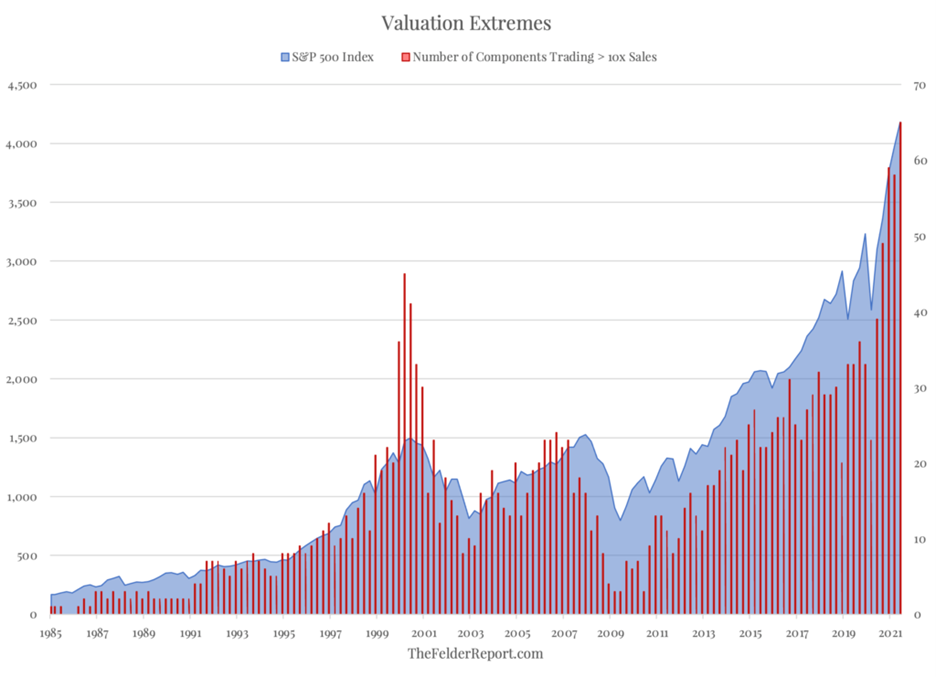 All that can be said about all of this is, “Congrats, Jay! You’ve officially blown the biggest stock market bubble in history.” In all seriousness, however, there will undoubtedly come a time when concerns regarding financial stability will outweigh those regarding too-low inflation. Policies inspired by the latter may even precipitate the shift to the former. As a wise trader once said, “nothing like price to change sentiment.” For the moment, though, investors would appear to be applauding Jerome Powell’s historic accomplishment.