Speculators Bet the Farm on Stocks

It’s common knowledge now that the stock market is obscenely valued. To go along with these lofty valuations, we now have an obscene amount of bullish positioning in the equity markets, explains Jesse Felder of The Felder Report.

First, as noted recently by SentimenTrader, small speculators in the futures market have gone nuts recently. The chart below plots the total value of the net position of “non-reportable” in S&P 500 (SPX) contracts. Never before have we seen these wrong-way traders make such a massive bet on higher stock prices. 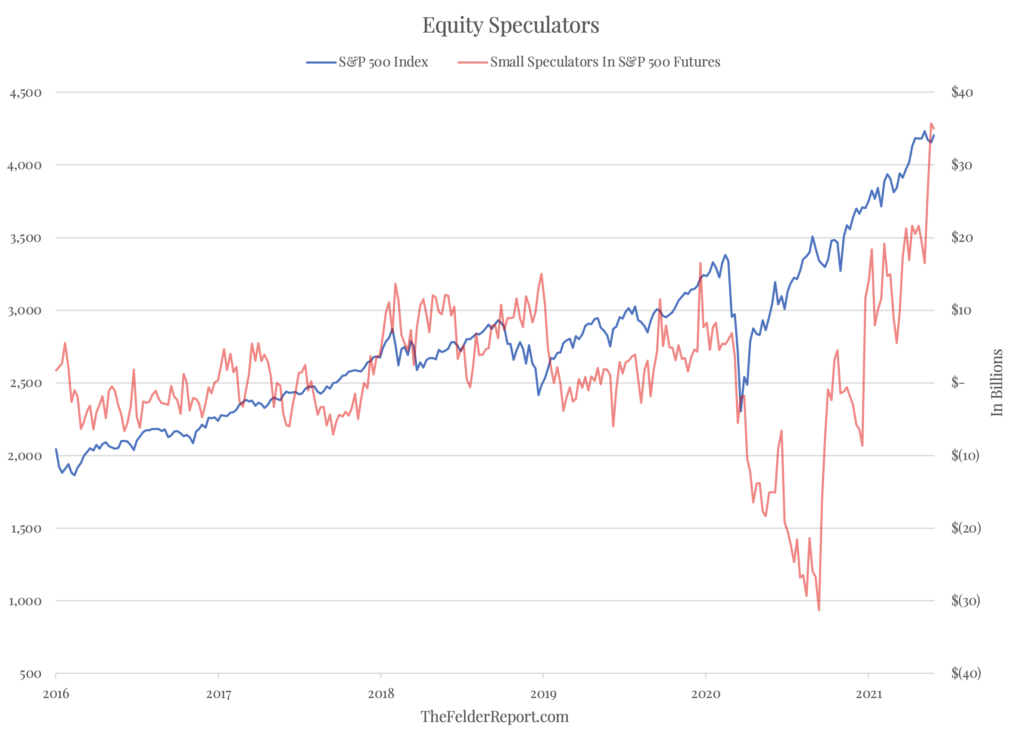 At the same time, we have seen the assets in leveraged ETFs scream higher over the past year or so. From just under $10 billion in assets at the March 2020 low, these funds have grown to well over $25 billion in assets. Clearly, small speculators have come to embrace risk in ways we have never seen before. 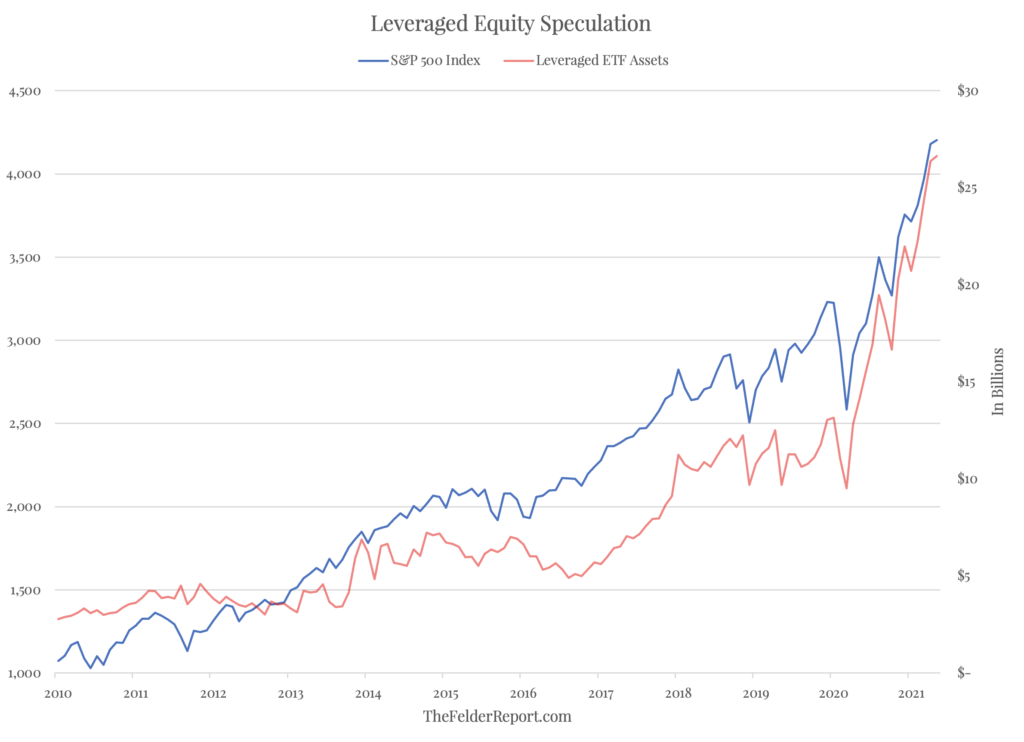 These two indicators echo the message from the margin debt statistics, which show an unprecedented amount of leveraged speculation in the markets at present, both in nominal and relative terms. This sort of extreme crowding, seen in futures, leveraged ETFs, and in money borrowed in brokerage accounts, suggests that any equity market weakness that may materialize over the next few months could play catalyst for a serious bout of deleveraging. 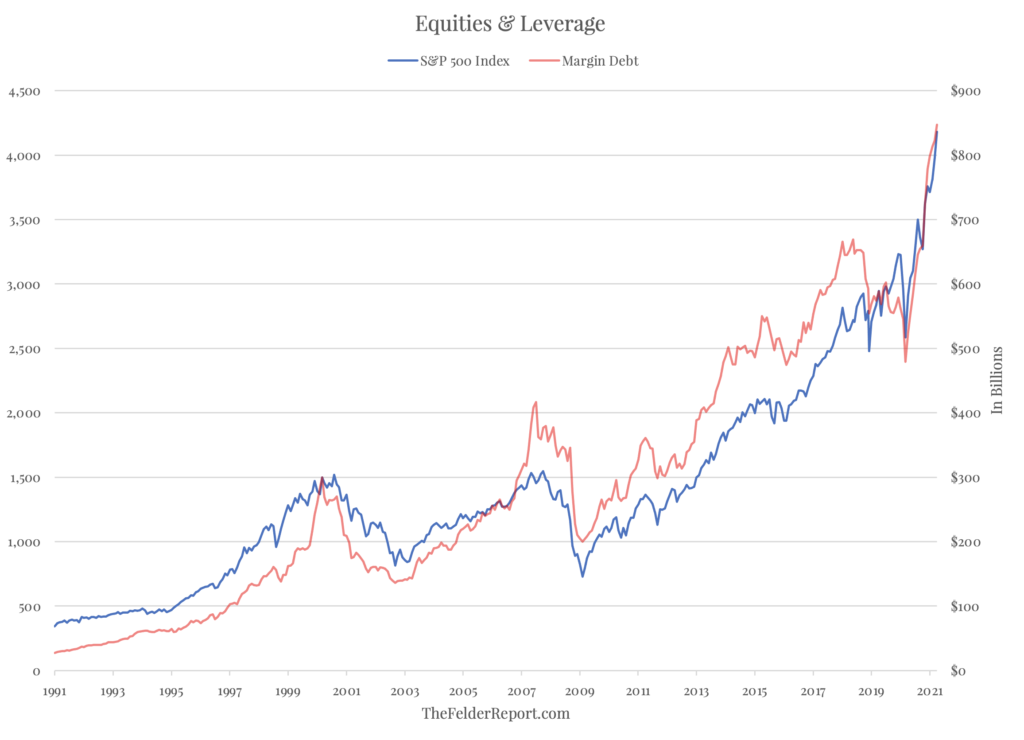