April’s inflation figures came in hotter than expected and there are plenty of signs suggesting today's report on May CPI will only add to that trend, explains Jesse Felder of The Felder Report.

As a result, you might think that markets may begin to price in an inflationary consensus. You would be wrong. As Nordea’s Mikael Sarwe tweeted last week: 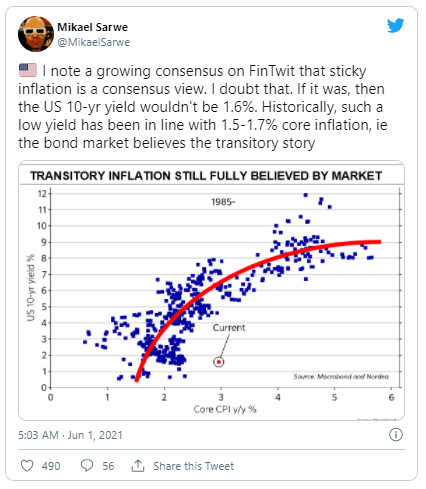 For those unaware, core inflation is double the figure historically associated with the current level of interest rates. Essentially, the bond market is betting inflation pressures will soon recede as the Fed would like us to believe. Similarly, Michael Ashton tweeted: 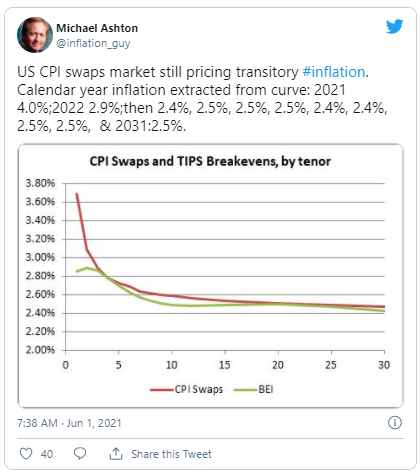 In addition, GMO noted last week that the stock market has also failed to reflect an inflationary consensus. In fact, the segment of the stock market most effective at protecting against inflation, energy and metals, trades at the deepest discount to the broader market in history. 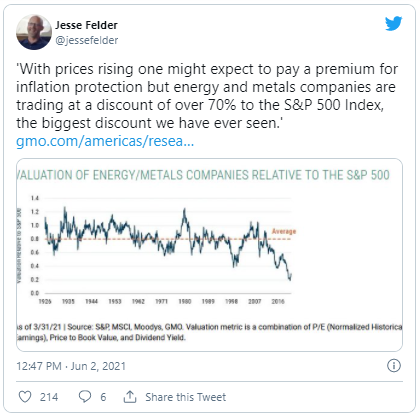 In other words, the stock market is still pricing in disinflation. Confirming this view is the fact that, in contrast to the record discount in valuations of equity inflation protection, long-duration equities are the most overvalued ever, as noted by Richard Bernstein Advisors. 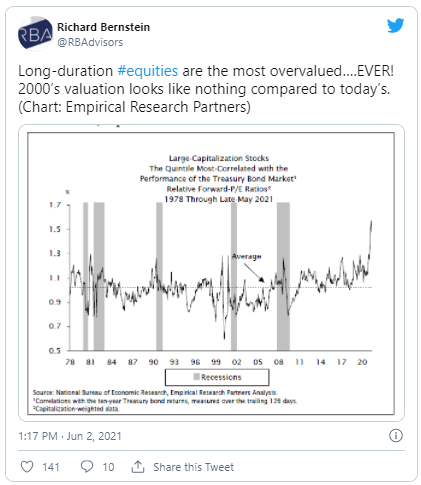 So markets of all kinds are taking the Fed at their word and buying the “transitory” narrative hook, line and sinker. This sets up a potential repricing event should inflation eventually prove more sustainable than the markets have priced in.