There is an old market saying, ‘Run fast or not at all’, which means use tight protective stops or trade on longer time frames, explains Ian Murphy of MurphyTrading.com. 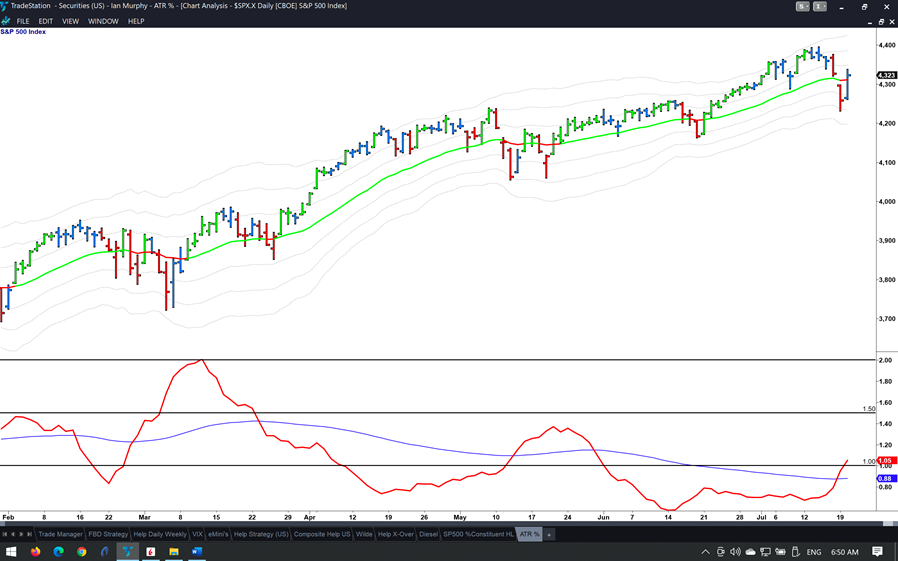 This advice is prudent for the volatility we have seen of late. The S&P 500 (SPX) declined 3.6% from last week’s peak before recovering 2.4% at one point yesterday. Realized volatility expressed as a percentage (red line) picked up and crossed 1% for the first time since May, this is one of the signs, which indicate a trend change. If this market is going to remain bullish, the ATR% will tick down over the next few days. 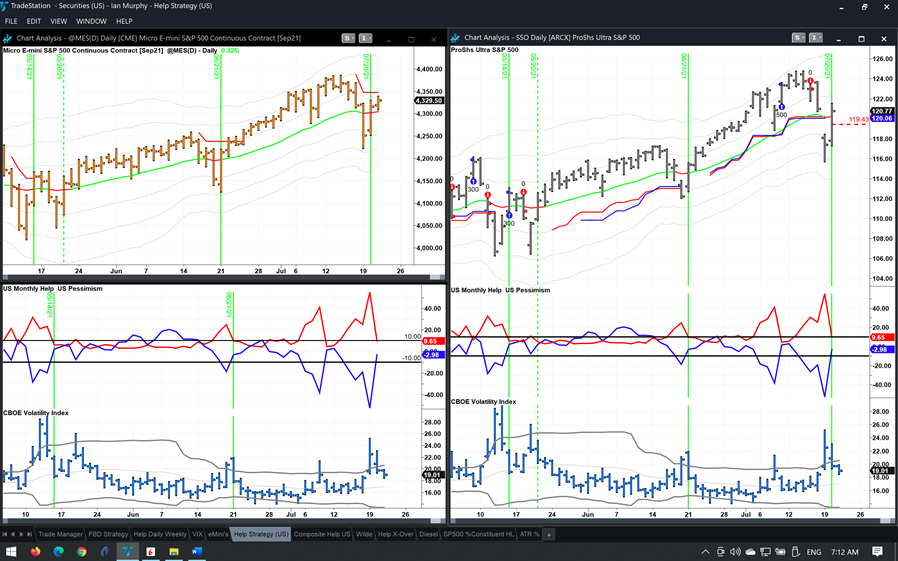 The Help Strategy triggered again yesterday as shown with the green lines above, and it’s just as well I closed out the previous trigger on SSO early as price gapped over the protective stop two days after I closed out. This has been a good washout of the lows and I will be looking for a 50% retrace of yesterday’s price bar ($119.43) to hold as support (red dashed line).

The short position in Micro E-Minis came close to being stopped out overnight but it’s still open as of 07:00 ET with a small profit. This scenario where one strategy has triggered a short position, which is still open while another has triggered a trade in the opposite direction is not uncommon in these market conditions. In these situations, I let the open positions run and hold off on opening new trades unless the trigger is very powerful. 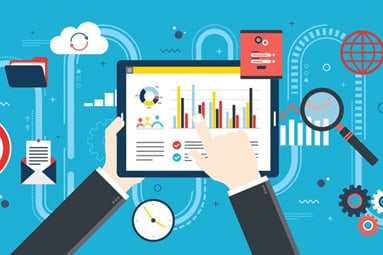