The world is a complex place, and we certainly recognize the degree of unknowns that are embedded in our daily lives, states Bill Baruch of Blue Line Futures.

Despite awareness about the things we inevitably can't know, we try to simplify and appreciate the fact that the world can only end once. Markets run in cycles to varying degrees, no more, no less.

Last week, I wrote about about Jackson Hole and the Fed's view that "clear progress" was seen in the labor market; on the back of only 235k jobs added to the payroll in August, has the labor market turned a little murkier?

The true shape of the labor market will be known when workers, who have received federal unemployment benefits, will have to go back to work and fill some of the 10 million open jobs out there.

It is not a secret that businesses will accelerate the adoption of technology, replace workers, and replace office space with a digital HQ. According to Salesforce CEO Marc Benioff, the currently 15% of office workers back in a physical office space will reach somewhere close to 40% after we have returned to "normalcy."

These are unquestionably stunning numbers and it will challenge the corporate culture on many levels; ultimately, it's hard to see technology not succeed in yet another need that's to be filled by the acumen of new and established entrepreneurs.

As much as we keep a pulse on new trends in venture capital, though, we are a macro-focused shop where we combine a bottoms-up fundamental approach with technicals.

Before diving into details on Non-farm and JOLTs, we wanted to share some graphs and maps showcasing the change of habits and behaviors. 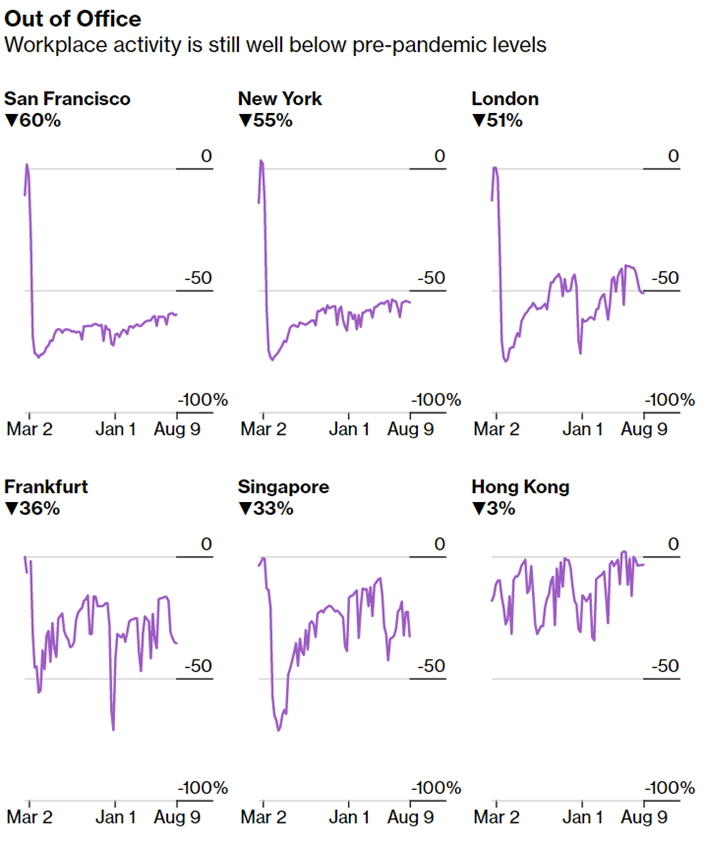 Return-to-office is very slow and indicates a permanent change around the physical HQ. 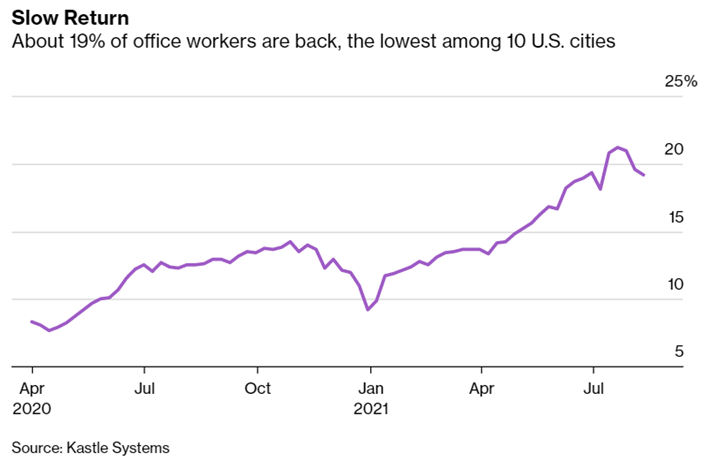 The clear trend towards remote work has led to a shift in construction spending from commercial to residential housing as we've highlighted in our August 22, 2021 edition. 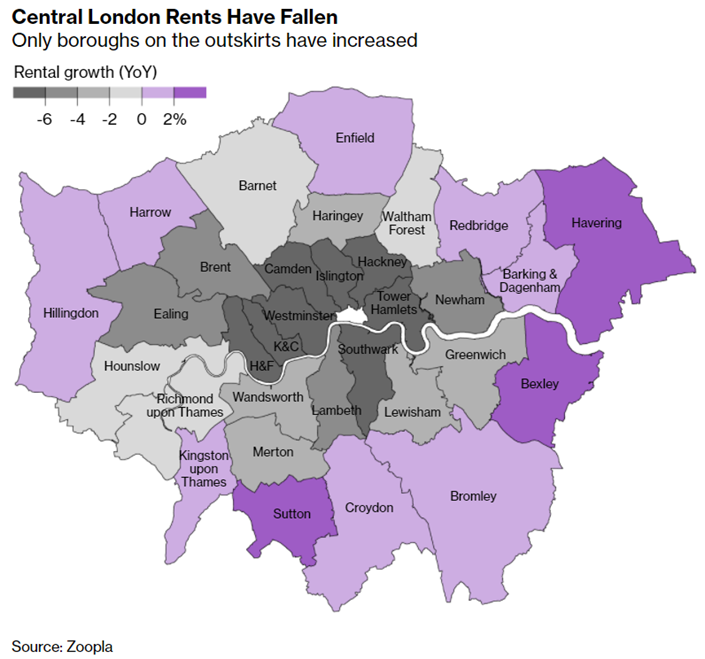 Office as a mindset, not a physical location will challenge corporate cultures and reward those, who can connect remote workers. One of the most notable trends is the push into the metaverse (a digital space for social and professional interactions.) 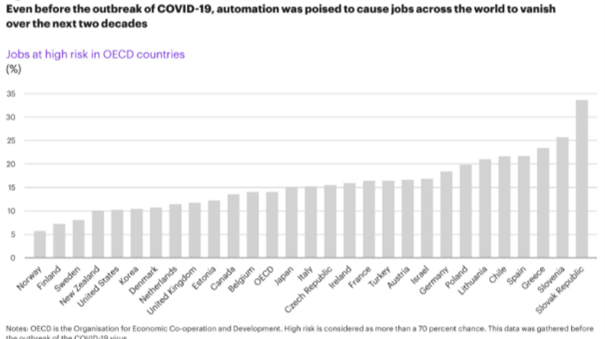 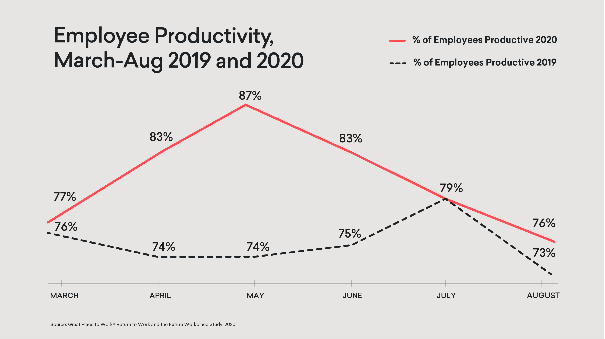 Creative disruption is a relatively shallow term for what means long-term unemployment and transition into different areas for many.

Similar to "transitory," maximum employment is a very fragile term, which will be monitored from one jobs report to the next.

As a good deal of Fed governors have stated their willingness to taper after another one or two strong job reports on the back of July's, 235k jobs added in August are not boding well for a September taper announcement. 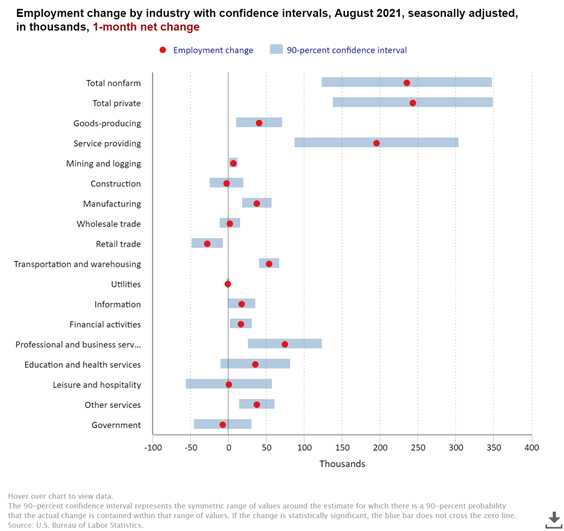 Especially noteworthy is the slowdown in the services sector, which the Fed has been the most focused on. With unemployment at 5.2%—in the Fed's terms, the rate is overstating the extent of the jobs recovery—and MoM wage gains holding firm at 0.6%, are we set to run into a wage-price spiral that Jay Powell noted as undesirable in his Jackson Hole speech?

As much as we want to give everyone a chance to make a living with a job that fulfills the psychological needs of the individual, aggressive monetary and fiscal policies in the pursuit of maximum employment are a slippery slope. At the point where policy makers anticipate more fiscal space—the degree to which the market can absorb Treasury supply at low rates—than is actually present, social problem-solving without addressing the root causes can get dangerous.

The Fed has acknowledged those risks and stated its unwillingness to repeat the mistakes of the 1970s. Nevertheless, the committee has maintained a dovish tone and is putting itself into a corner where weak economic data triggers an instant change of course or at least expectations thereof. One interview worth watching is Judy Shelton's appearance on CNBC:

We won't miss the forest for the trees and monitor economic data and market signals in their entirety. It is likely that discontinued federal unemployment benefits will cause more workers to return, but will it be enough for policy to become less accommodative and are businesses willing to employ more manual labor athigher wages?

Defining the level of maximum employment has been tricky pre-pandemic, and distortions in the current data have made a challenging question even more difficult. Talking about distortions, the New York Fed just suspended its GDP Nowcast due to the uncertainty surrounding economic data.

While the Fed believes that premature tightening could lead to a more stringent environment when it's not needed, have they adequately assessed what could be ripple effects of easy money?

We have gone through the CPI's shelter component and pointed to the fact that more sticky inflation components will be upagainst cooler/transitory factors. There is always a time and place forthings; the same way the Fed adopted highly favorable measures for risk assets during the height of the pandemic, central banks have a window to revert to a more normal set of tools in order to retain their ability to backstop markets in the event of another downturn.

There's arguably been a lot of discussion around the Fed's ability to deliver even more when everyone thought they had used up all their firepower—it is impossible to define sustainability of policy in the context of unprecedented events, so it is our job to remain vigilant towards potential outcomes. 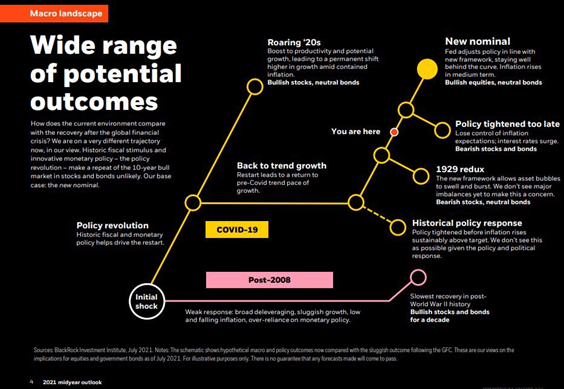 On Wednesday at 9:00am CT, we will get the July JOLTs Job Openings read: 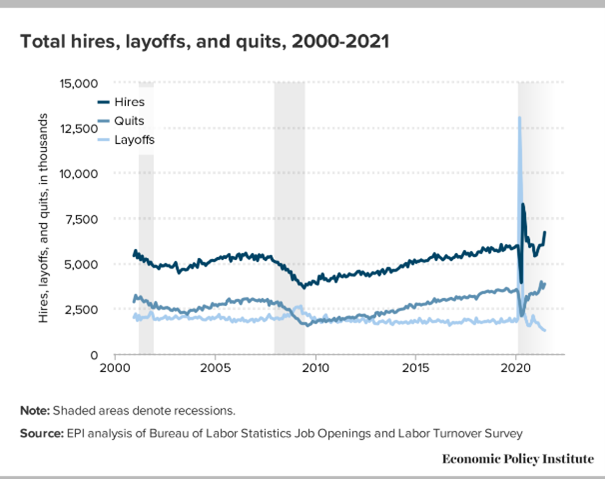 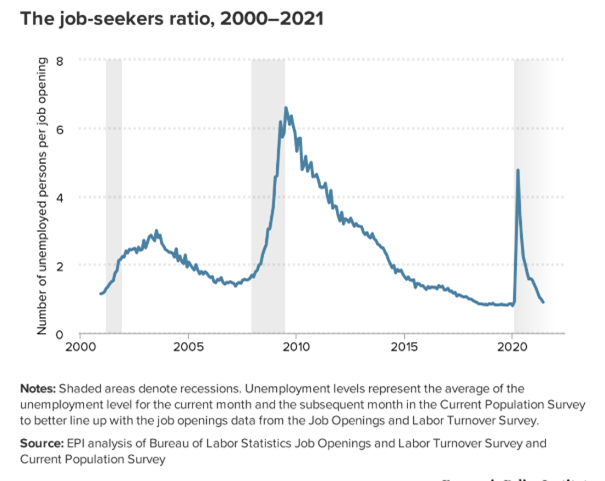 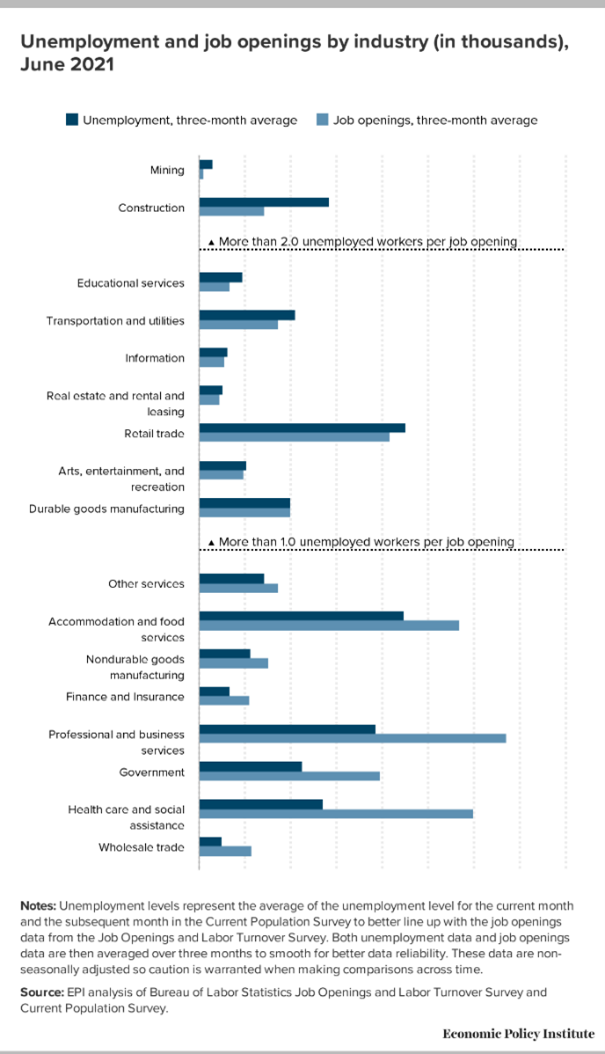 After strong Non-farm Payrolls data for July, it is hard to see how JOLTs should not tick down by a decent amount. More importantly, though, we will turn to the ratio of job seekers vs. job openings in different sectors in order to get a sense for the feasibility of the Fed's mission to bring back service jobs.

How long will businesses wait to fill jobs until adopting technology even more aggressively? To what degree will wages have to go up after parts of the labor force have been comforted by benefits? Will businesses be willing to incur higher wage costs?

At 7:30am CT on Friday, we will get August PPI (Producer Price Index):

Supply chain constraints have been part of prior editions of this read and we're monitoring prices on the producer side toinfer changes for consumers.

The Fed has noted substantial further progress on the inflation front and while 2% average inflation targeting remains, too much of a "good thing" is bad. 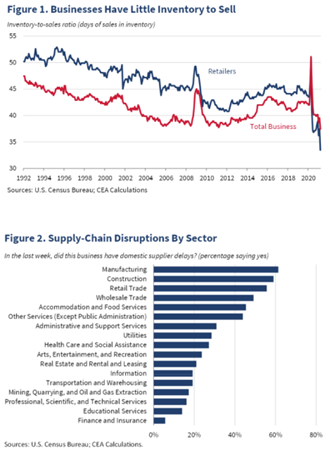 As a result of an oligopoly in container manufacturing—three Chinese firms controlling the market—congested ports and not enough capacity to to fulfill the backlog of orders, companies around the world are running low on inventories.

With another WASDE report at 11:00 am CT on Friday, grain traders are gearing up for an eventful week.

US Ending Stocks Survey
- Figures in millions of bushels

Gamestop (GME) on Wednesday after the bell:

SentinelOne (S) on Wednesday after the bell:

Kroger (KR) ahead of the bell on Friday: