Meme Stocks Are Not Just For Buying Calls 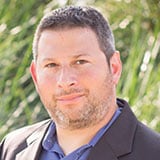 One of the most interesting developments in the financial markets in 2021 is the rise of the meme stock, says Jay Soloff of Investors Alley.

Meme stocks are the ones that get a bunch of attention on social media platforms like Twitter and chat groups on Reddit. The meme stock phenomenon really caught the public’s eye, starting with GameStop (GME) in January.

GME was a struggling company edging nearer to bankruptcy by the week. The heavily shorted stock was as low as $5.87 in the last 52 weeks. But then, GameStop achieved meme status…and everything changed.

The GME stock price hit a high of $487 on a crazy day in January, pushed mainly through retail trades from a Reddit chat group. It’s been more than eight months, and the stock is still trading for around $200. Year over year, the share price is up a whopping 2,610%. 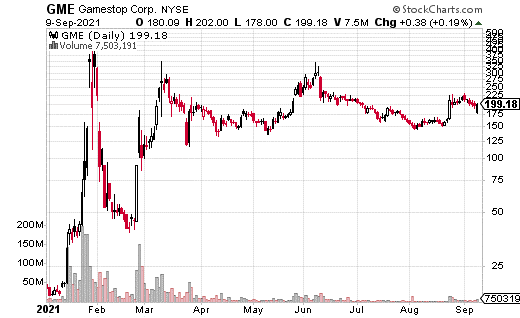 Of course, meme stocks can be super volatile. They will often go down as fast as they go up. What’s more, it’s not like the stock price is reflective of the company’s performance. GME’s earnings just came out, and they are still struggling. (The difference is, there are not nearly as many traders shorting the stock.)

Options trading is also a big part of what makes meme stocks tick. Much of the action (mainly buying) that happens when a meme stock gets popular occurs in the options chain. Generally speaking, many retail traders are loading up on calls (usually out-of-the-money). Using calls means the traders get to take advantage of the inherent leverage of options.

It’s important to note that if you think a stock will go straight up, there’s nothing wrong with buying calls. It’s the most straightforward way to profit from the trade thesis. However, it doesn’t mean that other strategies should be ignored.

In particular, meme stocks can be very intriguing as covered-call trades. Now, covered calls on meme stocks aren’t for everyone. All that volatility means the stock price can plummet in a hurry. But, if you can handle the risk, the premiums collected from the strategy can be huge.

For example, an enterprising trader decided to make a fascinating covered-call trade on GME last week. The trader bought 10,000 shares of GME at $184.48 while simultaneously selling 100 November 19 300 calls for $10.23.

This trade is interesting for two reasons. First, $10.23 in call premiums collected works out to a 5.5% return on cash. That’s already a decent return in this low-rate environment. But then consider that’s it’s only about a two-month trade. Annualized, we’re talking about 29% returns.

Second, these calls are sold so far away from the stock price that the stock can still climb $115 before getting capped out (by the short calls). That’s 62% upside potential. In other words, this trade will generate a 5.5% return on cash in 70 days while still allowing for a 62% upside. If you can stand the downside risk (of owning the stock), it’s a compelling, high-upside trade to consider.