The Trap of Perfection

A query came in from a client about scaling out, and he has given me permission to share my reply, states Ian Murphy of MurphyTrading.com.

He entered on Wednesday but was debating whether to scale out ⅓ yesterday because he wants to maximize the profit on this trigger. The Help Strategy triggered as anticipated on Wednesday and the first target was hit in yesterday’s session (blue dashed line on right of chart below). 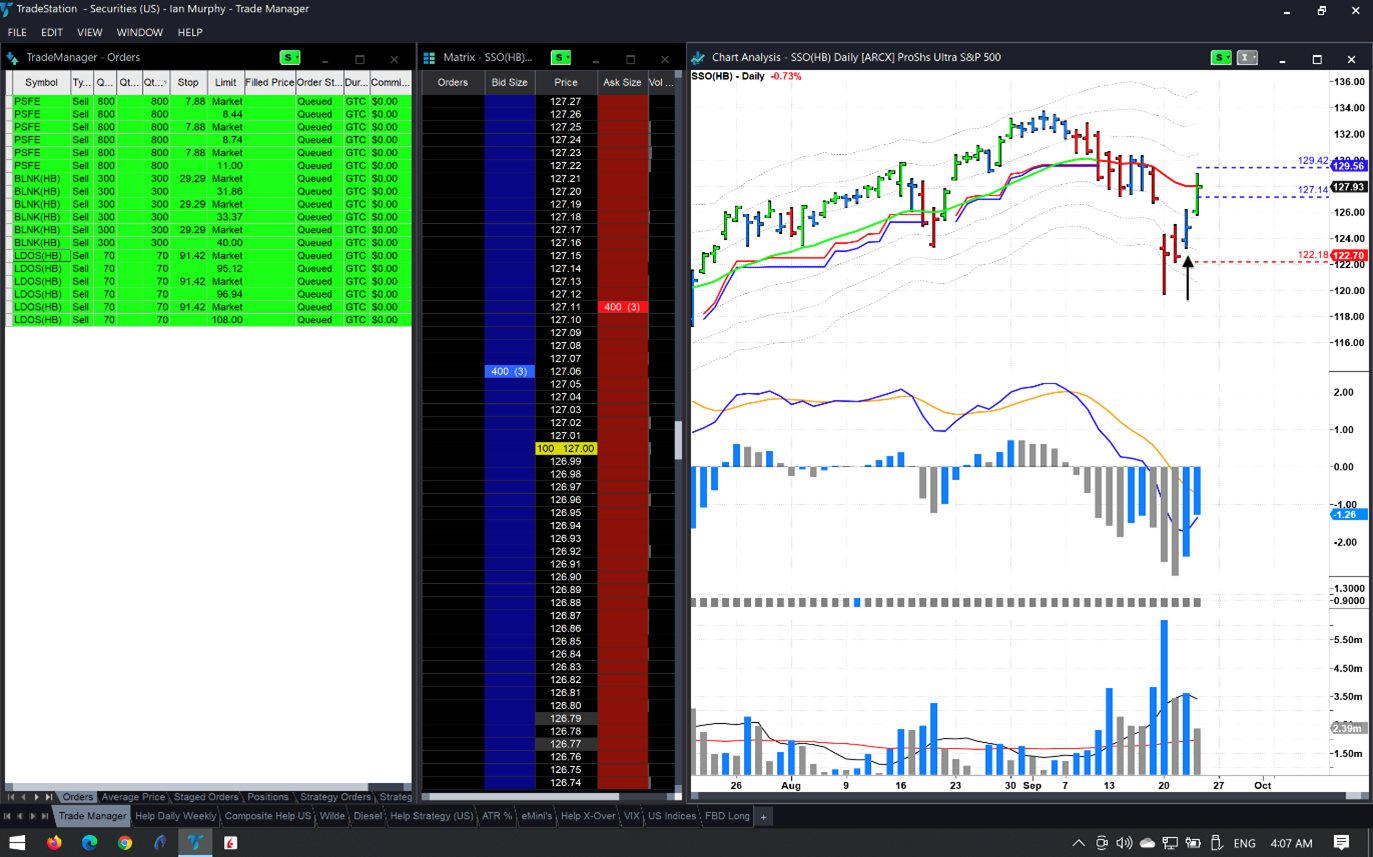 There are two issues here – trade management and psychology. Let’s look at trade management first. We scale out of swing trading positions because the move is often short lived, and we are trying to grab some of it before the price reverses. In this strategy, it’s about grabbing a powerful bounce in the market after a washout low.

Scaling out is an attempt to get to breakeven on a trade. For example, if you bought 90 shares on the day of the trigger for $11,237.40 (90 x $124.86) and if the stop is hit today, you would lose only $92.40 as opposed to $241.20 if you had not scaled out 30 shares at the first target. However, if SSO continues upwards from here without hitting the stop, the potential profit will be reduced because you are only holding 60 shares.

This is where psychology comes in. When you speak to people who are experiencing a challenging situation in their lives, such as a protracted legal dispute or the illness of a loved one, they will often say the most stressful thing is not knowing what’s happening or the frustration of how things keep changing. These are exactly the same conditions which constantly exist in the market.

In trading there are no perfect solutions because we operate in an environment where uncertainty and contradiction abound. In such an atmosphere, decisions inevitably boil down to choices which are never perfect, and this gives rise to a constant feeling that we should have handled a trade differently, regardless of how we handled it. The pursuit of perfection in trading is a distraction at best, and a trap at worst.

Psychology is the key to successful trading. Traders always figure out the tech stuff sooner or later, but struggle with the psychological aspect of trading their entire career. This is why the largest chapter in my book was about psychology.

So, my advice is to keep scaling out ⅓ of positions on the Help Strategy after a 1ATR move to the upside and instead concentrate our efforts on the part of us which has difficulty making the decision to scale out.