Major Indices Are Taking a Breather, and Some Sell Signals May Be Setting Up

The major indices have had a very strong run since the beginning of October, and especially since breaking through to new all-time highs on October 21, says Larry McMillan of Option Strategist. 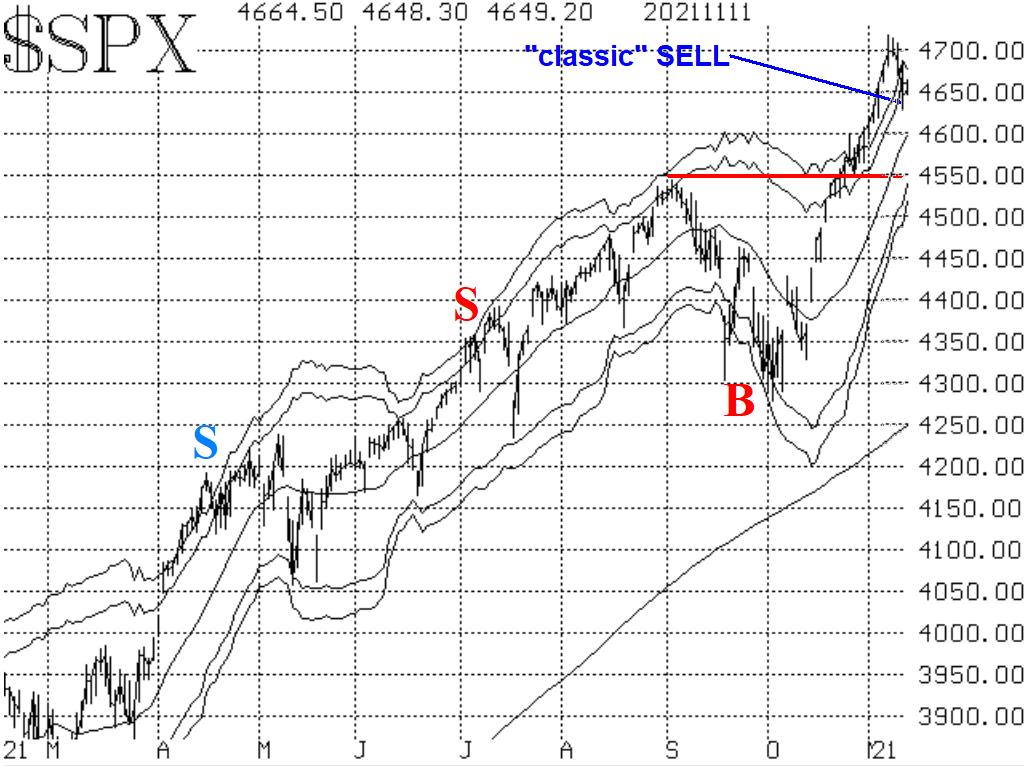 Equity-only put-call ratios remain solidly on buy signals, as they continue to drop at a rapid pace. As long as they are declining, that is bullish for stocks. The ratios are approaching the lower regions of their charts. That is, they are getting "overbought." But they won't generate confirmed sell signals until they roll over and begin to trend upward. 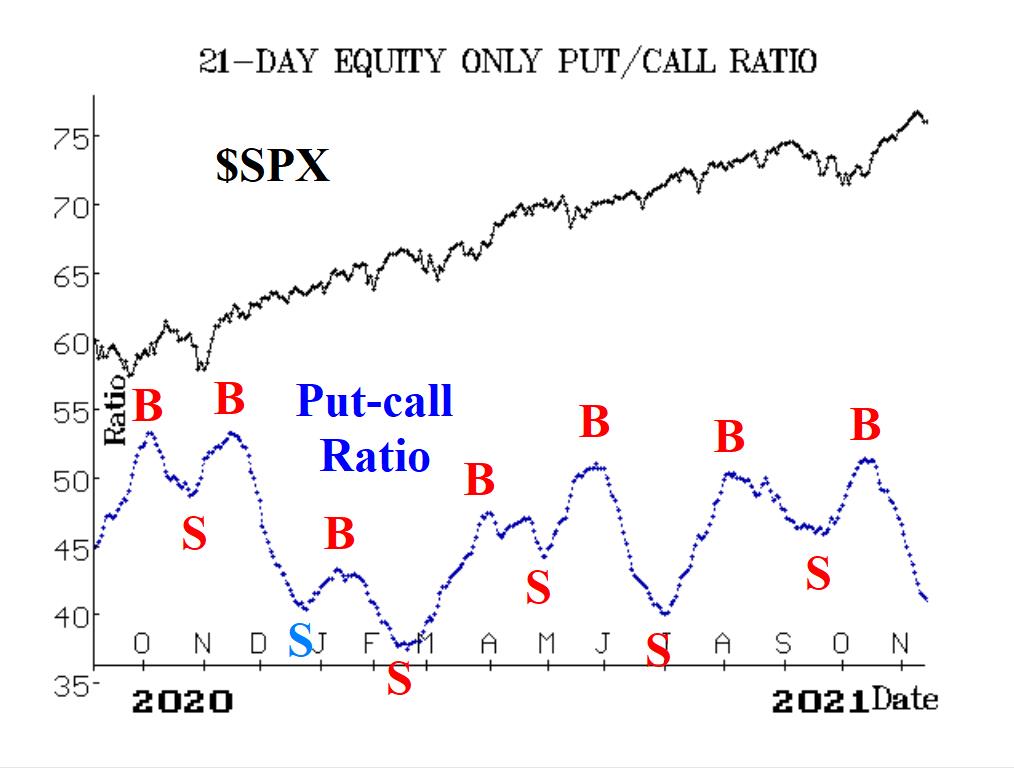 Market breadth has been tenuous, but is still clinging to buy signals—or at least not confirming sell signals. However, if declines lead advances on the NYSE, cumulative, over the next few days, that would generate sell signals. 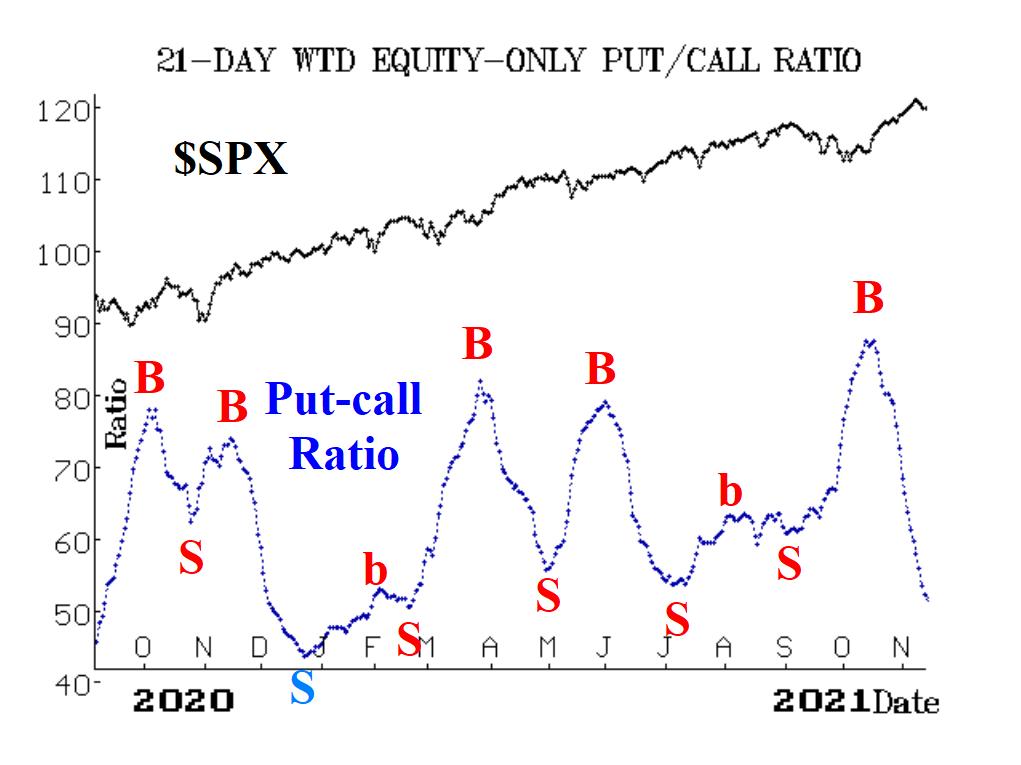 The set of indicators based on CBOE SPX Volatility Index (VIX) and its derivatives remains generally bullish for stocks, so far. The most recent VIX "spike peak" buy signal successfully reached completion last week. Moreover, the trend of VIX remains downward, in that the 20-day moving average of VIX is still below the 200-day MA. 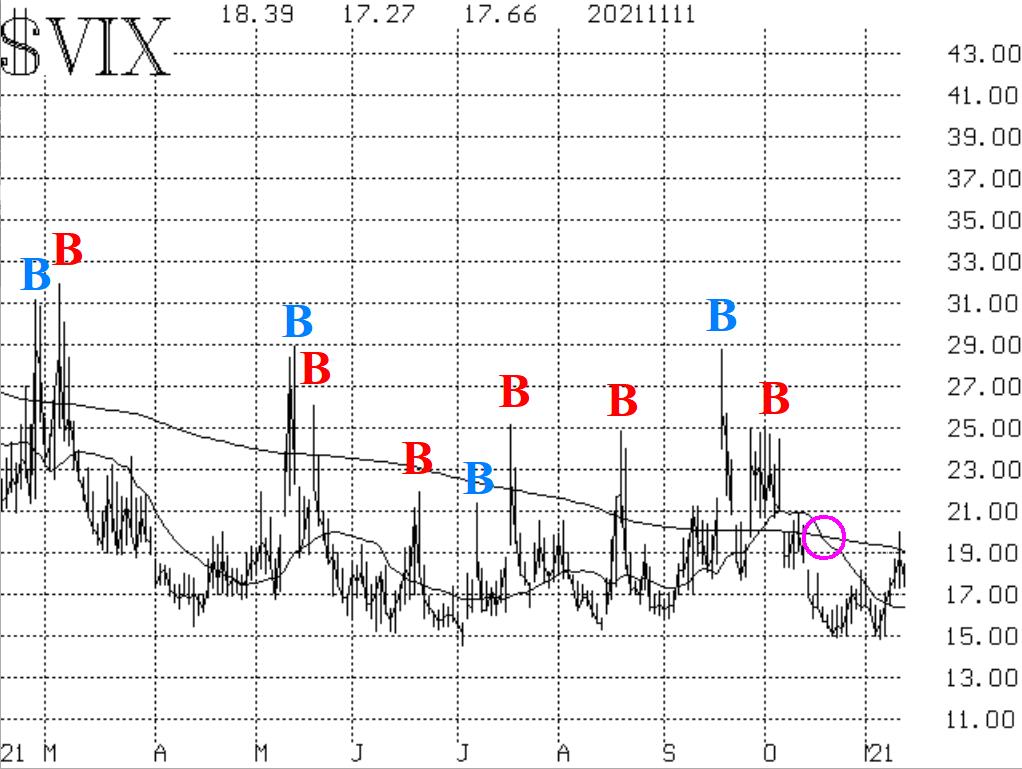 Positive seasonal factors are going to come into play after Thanksgiving, so if there is to be a correction, this is probably the time for it. We continue to maintain a "core" long position, though, as long as the SPX chart is above support at 4525. Any confirmed signals will be traded around that core position.