Reversal Towards the Bottom

An interesting situation is unfolding in US stocks, exclaims Ian Murphy of MurphyTrading.com.

Last Friday, we had a trigger on the Daily Help strategy, but that trigger failed to gain traction and was stopped out yesterday. However, if US stocks have a positive session today, we will likely get another Daily Help trigger this afternoon. 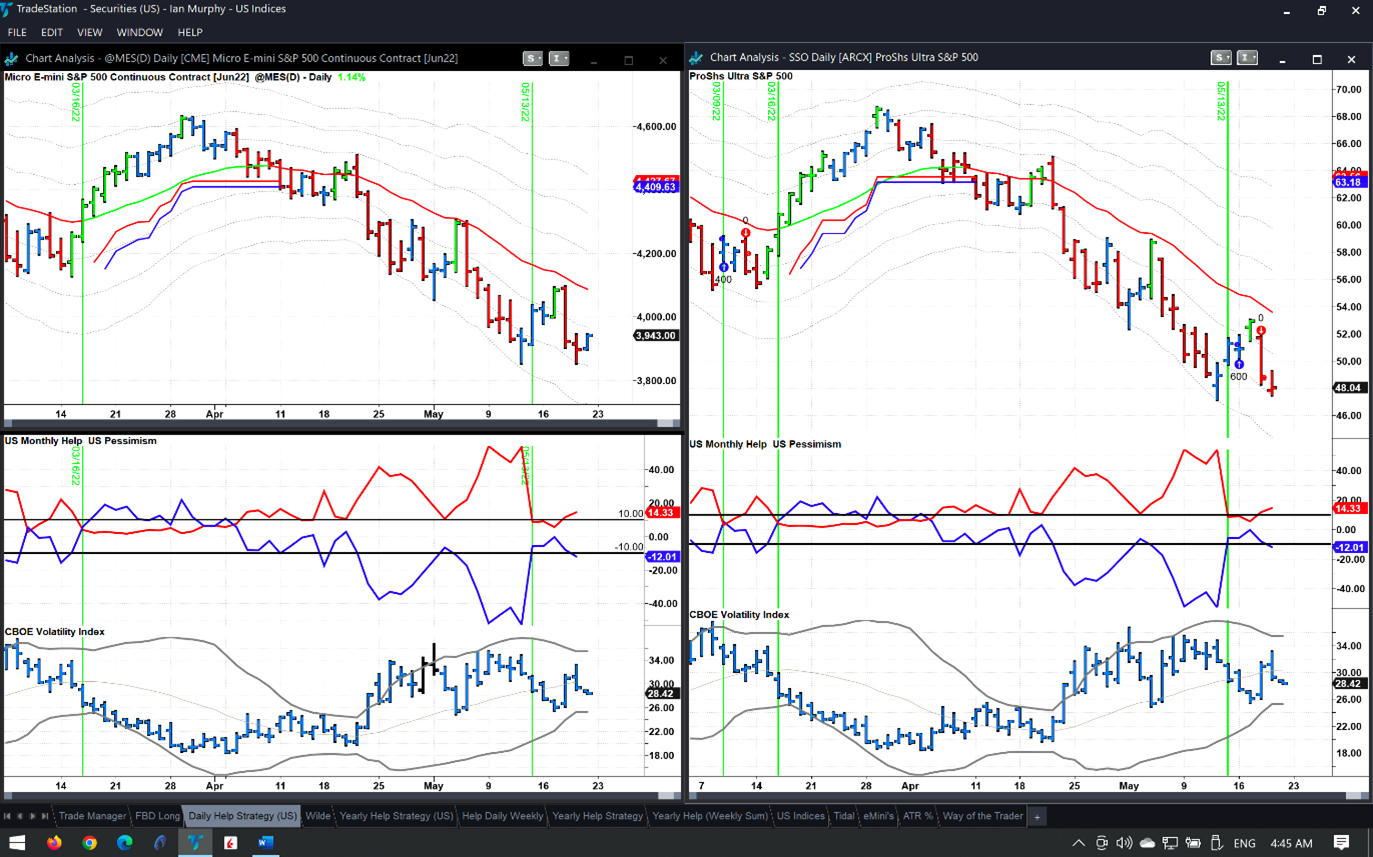 So far, the Daily Help strategy has avoided the worst of the selloff as it remained in cash since April sixth, as shown above. This is why it’s imperative to wait for the required signals before trading because we avoid a scenario where we are catching a series of falling knives as we jump on every false bounce in a declining market. By diligently following our rules, we only had one false positive trigger on this strategy during the selloff which began in April, and that trade incurred a maximum loss of 2% yesterday. 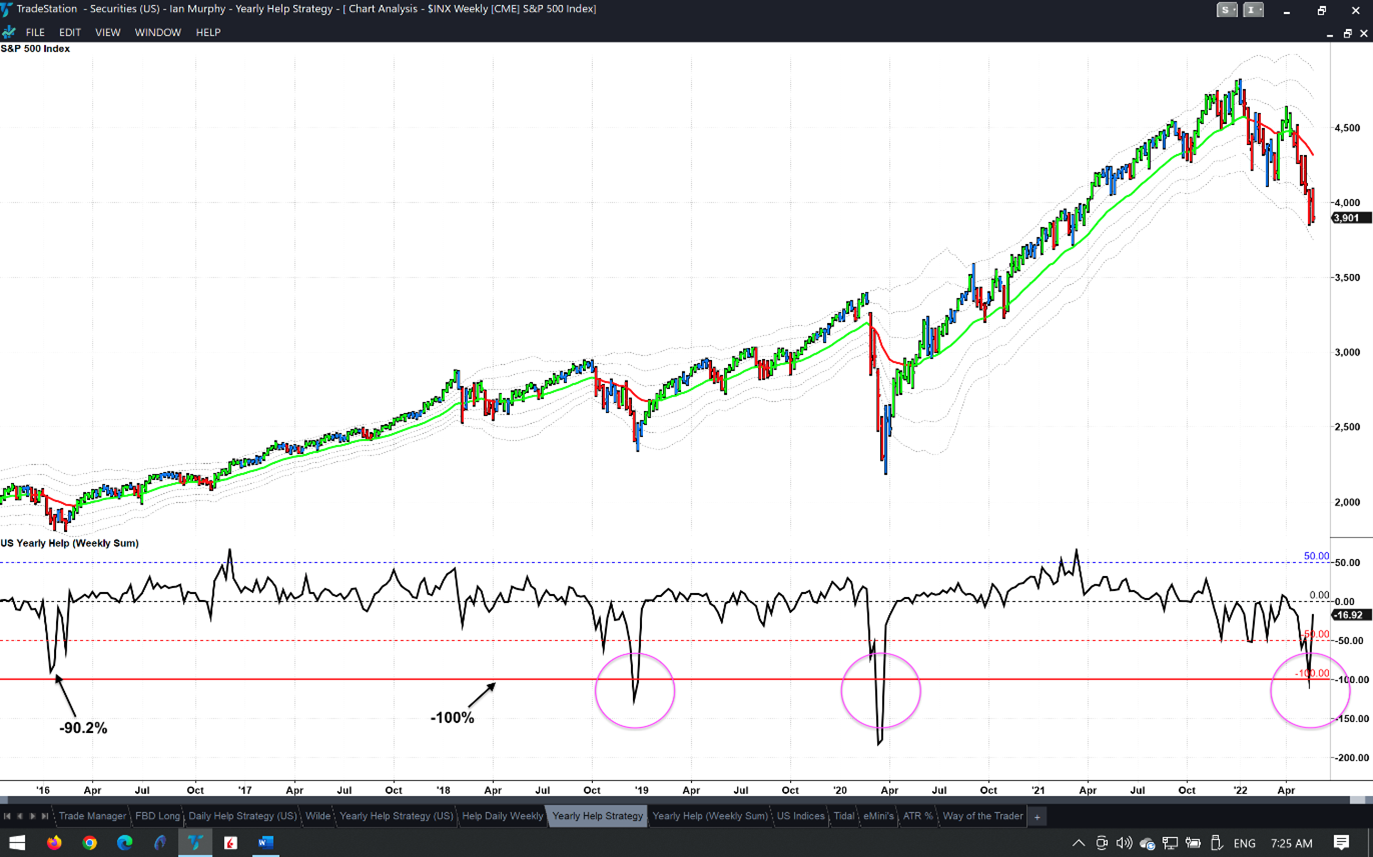 However, when the S&P 500 is viewed on a weekly timeframe, a more powerful long-term reversal signal is starting to crystalize on the Weekly Help Strategy. This one is also a pure play on the entire US equity market which also uses new high and new low data, but it plots a five-day rolling sum of yearly data as opposed to monthly figures.

I rarely discuss this strategy because it offers so few triggers and when they do occur, they frequently overlap triggers on the Tidal Strategy, so I didn’t want to confuse one with the other. But seeing as we are focused on weekly trend following strategies this year, it’s worth mentioning here—especially as we may get a rare trigger today.

Like all weekly strategies, the signals are straightforward and require few technical indicators. The skills required to trade this profitably are patience and discipline, not technical tools. A trigger occurs when a rolling five-day sum of Yearly Help closes below -100, reverses, and closes above -100 again. If the weekly price bar is also positive after the reversal, we have a trigger.

The strategy can be traded with an ETF that tracks the S&P 500 such as the S&P 500 ETF Trust (SPY) or Vanguard S&P 500 (VOO), or also with ProShares Ultra S&P 500 ETF (SSO) if you are prepared to take on two-times gearing. Triggers since 2015 on the Weekly Help Strategy are shown above. Obviously, the strategy has false positives, and not every trigger goes on to catch a long-term reversal. You will often get one deep stab followed by an even deeper one soon after. I will share more info on the strategy in the coming weeks.

Finally, things might get choppy today as a lump of derivative contracts on S&P 500 stocks are due to expire. Have a great weekend and email me with any queries.