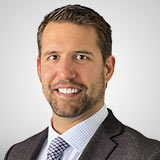 In 1977, the US Congress officially gave the Federal Reserve a multi-part mandate to maximize employment, maintain prices near an acceptable inflation target of around 2%, and moderate long-term interest rates, states Chris Vermeulen of TheTechTraders.

In general terms, Fed policies are supposed to stimulate the economy when it’s weak and cool it when it’s too hot. And ideally, economic metrics, on average, are “just right” most of the time.

When faced with the significant economic contraction—some might say “collapse”—which became known as the Great Financial Crisis of 2007-2008, the Fed jumped in with every tool it had to save and stimulate the economy back to sustainable growth. The Fed added to its balance sheet by buying financial assets as a buyer of last resort. And they quickly reduced interest rates from above 5% to near zero to encourage investment and spending. The “near zero” interest rates continued until 2016 when rates increased progressively.

We had the unexpected “Covid Crash” in the spring of 2020, and the Fed quickly shifted monetary policy back to stimulating the economy. Additionally, we had record stimulus with business supports and direct grants as part of Congressionally mandated fiscal policies. Those policies worked, and we saw a stunning economic recovery from the March 2020 economic “lockdown.”

“Don’t Fight the Fed” is an old market cliché that was very applicable during the longest bull market in US history, which lasted almost 11 years following the Great Financial Crisis. The phrase embodied the sentiment that if the Fed was stimulating the economy with accommodative policies, commonly known as Quantitative Easing, it made little sense to bet against the market’s bullish trend. Monetary and fiscal policies powered a “tailwind” for the economy. Businesses were growing, and consumers were spending as long as the accommodative fiscal and monetary policies were in place. “Long the markets” proved to be a winning position for businesses, consumers, investors, and the economy in general.

The Flip Side of “Don’t Fight the Fed.”

With inflation currently running over 8%, we’re clearly in an economy that has been running too strong. The Fed is in Quantitative Tightening mode and has embarked on a historically swift campaign of raising interest rates and selling assets from the Fed balance sheet. The Fed arguably may have been too slow to shift policy. But they are focused on taming inflation and getting price growth close to 2% annually.

The phrase “Don’t fight the Fed” has now taken on its alternate meaning. When Fed policies are implemented to slow the economy, we are clearly in a different phase of the economy than what we’ve enjoyed for the last decade or so. With the inflation fight the top priority for the Fed, we should expect declining earnings, slowed spending, higher unemployment, a bearish stock market, and many other indicators of a contracting economy.

While we’ve seen some signs of a slowing economy, we still have high inflation driven by strong employment. Current indications suggest the Fed may still have far to go in reaching its objective in this cycle.

It’s no secret that investing tends to be much easier, less stressful, and more profitable when markets are bullish and in a sustained uptrend. Volatile markets in a corrective phase can be difficult, costly, and frustrating. Gains that took years to accumulate but are yielded back to the market can take years, if not decades, to be recovered.

We know approximately what part of the Fed cycle we’re in. We don’t know precisely when there will be a policy shift to accommodative policies again. But the signs will show themselves in good time. We don’t have to time this perfectly. It is much more critical that we protect our capital in this part of the cycle.

As the economy works through this cycle, should investors be all in cash? For some, that may be the best answer. For others, it can be an excellent time to selectively put a small amount of risk capital in play. But we shouldn’t be putting the bulk of our capital at risk. There may be some bargains if we pick and choose carefully. Some short-term gains may be had if we’re nimble enough. The comfortable level of risk for all of us is very individualized. But again, it is not worth jeopardizing our financial futures by risking more than we are willing to lose right now.

There will be one sector that we think will post large returns in the hundreds of percent when the time is right, and that will be in the precious metals sector.

In summary, we are well served if we only size up when conditions are favorable and size down when they’re not. And don’t fight the Fed.