Can Europe Be Saved 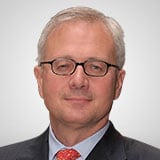 Edward Yardeni, President of Yardeni Research, discusses why he is not expecting inflation to be an imminent problem in the US.

MoneyShow.com: Everyone seems to be worried about inflation, yet nobody seems to be able to find any signs of it. Why do you think that is?

But China is still pretty close to zero. It is around 2%, 3%, which is higher than what they had about a year or two ago, but that was when their global economy was extremely depressed. Here in the United States, the inflation rate is about 1.5%, excluding food and energy. Put in food and energy, you get something more like 2%. But you are right, there is not a lot of inflation, and that is largely because in the United States inflation is driven by labor costs, and labor inflation remains very, very low. Wage inflation is low. But what is really keeping inflation down is productivity.

Labor cost is not just wages; it is wages offset by productivity, and the amazing thing is that even though we do not have a lot of wage inflation, wages are actually rising faster than prices, so real incomes, believe it or not, are doing pretty well.

Q: But because unemployment is so high, the people who are employed do not have a lot of bargaining power to get big raises.

A: That is correct. But the payoff for the economy is productivity. Productivity is at an all-time record high, and that is kind of the Rodney Dangerfield of economic variables. It gets no respect. Nobody pays any attention to it, but productivity is what determines our standard of living. The more productive a society is, the more purchasing power individual workers get.

Q: I have interviewed quite a few inflation hawks and they all say, you know, the published numbers are ridiculous. They are not reliable. Look at copper, look at gold, look at all these commodities. There is where your inflation is. What do you say to that?

A: Well, I think they are right in terms of the inflation of those specific areas. Commodity prices have been going up, and they could go a lot higher, and that does go into the cost of producing a lot of manufactured goods, but the predominant cost is still labor. As long as productivity continues to soar the way it has been and wage increases remain moderate and reasonable, that is still going to add up to a very low inflation rate.

Q: Do you think there is any risk of deflation still in the economy?

A: I think it is still a risk, but the way I look at it is we have had a very deflationary shock over the past couple years, with a near collapse of the financial system, and we still have a lot of that deflation in the system. Offsetting that has been extremely inflationary policies. Put the two together and we have kind of gone sideways. I think that is how you make sense of it all.