Why Invest in MLPs? 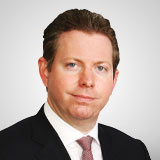 There are minor differences between Master Limited Partnerships and normal stocks, but MLPs have many distinct advantages for investors, especially in this kind of market, says Elliott Gue of The Energy Strategist.

I’m speaking with Elliott Gue about investing in master limited partnerships in the oil business. Elliott, what do you like right now?

Well, MLPs are really kind of a niche group. There are really a little over 100 of the actually publicly traded MLPs in the US.

Master Limited Partnerships are not like normal stocks because they’re not corporations. Therefore, they don’t pay corporate tax. They’re really pass-through entities, they pass through all of their income to individual unit holders as distributions—basically dividends—and they’re tax-advantaged distributions.

Generally speaking, these are fee-based businesses. Not a whole lot of commodity-price sensitivity. A pipeline operator doesn’t care whether natural gas is at $5 or $1; it’s just how much gas actually has to move through their pipeline.

How do the yields on these compare to just investing in stocks, perhaps?

The average yield on a Master Limited Partnership is about 6% right now. A lot of the decline in yields we’ve seen over the last year has not been because they’ve been cutting distributions; it’s been because the stocks have performed very well.

We’re also seeing very strong distribution growth. It’s not only the yield that we’re seeing, but some of these MLPs that I cover are actually growing distributions at as much as a 10% annualized rate. You’re not only getting a nice dividend or distribution, you’re also getting growth over time.

Could you tell us maybe about three MLPs you could pick out that you like?

Absolutely, some on the more conservative side of things. The largest in the country is Enterprise Products Partners (EPD).

They just increased their distribution for the 27th consecutive quarter, which is a remarkable record of growth. If you think about some of those periods back in 2008, when most markets were in trouble, they were continuously increasing their distributions through that period.

The yield is a little bit less than 6%, and they’re really leveraged to growth in some of these unconventional oil and gas fields around the country. In particular, the Eagle Ford Shale in southern Texas is a very hot play right now.

Also on the more conservative side, Kinder Morgan (KMP), another big large-cap MLP. It has a similar type of business to Enterprise, a little bit more on the intrastate natural-gas pipelines. For example, they own the Rockies Express Pipelines, which takes natural gas from the Rocky Mountains area to the east coast, where it’s in higher demand.

For a little bit more yield you might want to look at some of the MLPs actually involved in oil and gas production. One of my favorites is Linn Energy (LINE). They yield over 7% right now.

They’re mainly levered to oil production, and the good thing about them is that they hedge most of their production for years into the future. That means that even if oil and gas prices bounce around—which we all know they do—they continue to earn solid stable cash flows that allow them to boost and keep paying a distribution.

If an investor is thinking about maybe getting into one of these, is there any reason why maybe they should not get into an MLP?

Well, there are a couple of reasons. One is if you want to hold them in an IRA, a 401(k), or other tax-advantaged accounts, there can be some additional considerations there related to kind of a fuzzy tax question about UBTI—unrelated business taxable income.

Another issue might be that these companies pay distributions reported on a form K1 at tax time. That does involve a little more complication in terms of filing. Then when you actually sell a master limited partnership, you can take a little extra time with your taxes as a result of these K1s.

If that is an issue for you, another option is to look at a closed-end fund that invests in MLPs. One example might be the Tortoise Energy Infrastructure Fund (TYG). Because they’re a fund, they pass through all the dividend distributions normally on a 1099 form…so you don’t have to worry about the K1s, and they’re perfectly safe to hold in an IRA or a 401(k).