New Ways to Use Old Indicators 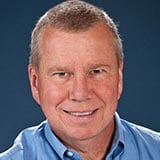 Modern applications of proven technical indicators can help traders to better combat market volatility, says John Bollinger, who profiles some of his own new technical tools.

We’re talking about market volatility with John Bollinger. John, you released some new technical indicators in the later part of 2010. Tell us how these have been signaling your trades lately.

Well, the past two years have been a really great time for us. After having developed Bollinger bands and the related tools, for many years we concentrated on how to deploy those tools, the built-in trading approaches with them.

We really didn’t work on building new tools and expanding the portfolio. As you point out, we’ve been introducing a steady series of new tools.

A lot of that has been driven by the changing market conditions themselves. For example, Percent B (%B) is an old Bollinger band tool. It’s actually the first indicator that we ever derived from Bollinger bands. It shows us where we are in relation to the bands.

This allows us to systematize our trading ideas by incorporating %B numbers into our trading system. So, we can say if %B was greater than 1 yesterday and is less than 1 today, it means that we’ve reversed at the upper band. We’ve had a day outside of the upper band, and we’re back inside.

Then, I think best of all, we combine all three. We have the fast percent B, the raw percent B, the first smoothing, and the second smoothing. What these do, because of the incredible volatility that we’ve had recently, they add some smoothing to the mechanism that’s generating our signals and help us eliminate some of the whipsaws that we’ve seen in the market recently.

So, what we’re really doing is adapting the older techniques forward to the modern environment by adding new usages of them to an existing portfolio.

So, given all the volatility then, how should the do-it-yourself trader incorporate some of these indicators?

We’ve had quite a run of new indicators here, not only these versions of %B which I introduced, but we’ve done the same treatment for bandwidth, and we have a new indicator called BB impulse, which is what you were talking about before.

So, in this environment, rather than using BB impulse as a raw number, now we can smooth BB impulse a little bit. It shows us where the momentum is in the market.

With the rapid momentum shifts that we’ve seen recently, BB impulse has gotten a little bit hard to read, but the smoothing is much easier to read. So, in this very volatile environment, the smoothings have helped us a lot.