Time-Tested Pattern That Will Always Work 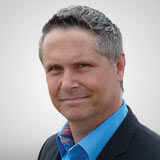 The Gartley pattern of trend reversal was a cutting-edge method in 1935, says Ross Beck, but that same method can be combined with modern volume analysis to trade well in today’s markets.

Ross Beck is my guest, and Ross, you have something called the Gartley pattern that you want to talk about. Tell me, who is Gartley, and what is the pattern?

Larry Pesavento, if you’ve heard of him, he wrote a few books in the ‘90s about the Gartley pattern as well, so I’ve taken that work and I’ve expanded on it and gone right back to the source material as well.

A lot of people these days talk about a Gartley pattern, but it’s really important that we look within the context of what the original material is.

It’s almost like that with Elliott Wave: a lot of people think they know Elliot Wave, but have you really read the original Elliott book and see what he said, because it’s often times different, so people are surprised when they look at the original material and see the Gartley pattern there.

It’s actually a trend reversal pattern, and if you like Elliott Wave, the set-up would allow you to trade a wave three, which is typically the big one. People get excited about that.

The reversal one has the original leg. There’s a trend that precedes the Gartley pattern from way back in 1935, plus I’ve added the volume rules that he included in the original material, and it’s quite interesting.

If you like volume analysis, Gartley wrote more about volume than any other person of his time. He’s a Wall Street technician, he was a master at the time, and even today, if you read that book from ‘35, it’s amazing how in depth he was…really cutting edge.

Well, that’s the interesting thing about the Gartley pattern. If you look, the trend reversal pattern goes down, it goes for a retest; it’s almost like a double bottom, and a lot of people are really uncomfortable in that trade.

If you walked up and showed that chart to someone on the street that doesn’t know much about trading, it looks like the trend is down, so that person will say no, sell.

That’s why it’s really difficult for a lot of traders to trade the Gartley pattern, and that’s why it’s always going to work, because it’s a retest of that low, people are uncomfortable there, and we know the stats about all these people losing money trading.

As the market goes to retest that low, you’ve got to take the chance, and Gartley even said himself that when you do put a trade on in his original material, you don’t risk a lot of money because the stop is really close there. It’s worth a shot, and if you’re right, you’re really right, so that’s what I love about that pattern.

Well, I was going to ask about the risk management techniques and the type of volatility that we’re seeing now; do you have to adjust for that in your stops?

The way I like to put my trade on is with multiple contracts, and in my Gartley Trading Method book, I talk about setting a short-term target first, hit that first target, then move your stop up; hit the second target, move it up. Then we’ve got a daytrading target, a swing trading target, and then I’ve got a big position-trader target, a big, loose one.

I call that the “lottery ticket” trade because it’s like you’re playing with the house’s money. You change up the time frame from daily to weekly, you just let it run, and you know what, a lot of times you don’t make much money on that last trade, but when you do, at the end of the year you’ve hit the ball out of the park a couple times. It really makes a difference on your bottom line.

Do you use any other technical indicators to give confirmation to your Gartley pattern?

There’s other geometric techniques that I use to filter those trades. However, I do not use any indicators or oscillators around the bottom of the chart because those are only as good as the history is, and it just stops abruptly at a line there. I want to play into the future, the right side of the chart; the white space, I call it. I call that the “canvas” of the technician.

I want to draw lines over there, and pictures, and find out what’s going to happen next, because really that’s all we’re trying to do, isn’t it?