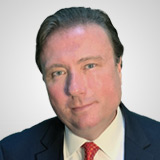 Adrian Manz explains how his trading of NYSE stocks differs from trading NASDAQ stocks in terms of volatility and volume.

The exchange that a stock trades on has a lot to do with how it trades and the strategies you can use on those exchanges.  My guest today is Adrian Manz to talk about that.  So Adrian, you have been a trader of NYSE stocks for a long time.  You have recently added NASDAQ.  How do they differ?

Well when we started trading-we are both psychologists, Julie and I-we were very attracted to the fact that when you were trading on the Big Board, you were dealing with a specialist and it was always the same guy on the other side of the trade, right?  So you could start to learn the personality of the person who was taking the other side of these positions and try to figure out a way to be on the same side of the trade as he was.  As things have evolved over the years, though, a lot of what happens on the NYSE is handled by ECNs.  We were down on the floor of the Exchange a year ago during what would have been a very busy time, normally.

It's a ghost town.

There was no one on the floor there.  Everyone is gone; and so the personality of what we are trading has changed pretty significantly as well, and it is starting to look a lot more like NASDAQ.  The swings are still bigger.  The NYSE stocks tend to make smoother, bigger moves over the course of a session, but the targets have narrowed significantly.  A lot of it is being handled by machines instead of people, so it was a good time for us to add NASDAQ to the bag.

Is it harder because you don't have the behavior of that human on the other side to get a feel for how a stock behaves during the day?

It is in the sense that you are not looking to push the boundaries as hard.  I mean what I am doing differently with the NASDAQ setups than the New York setups; on a New York pick for the following day, I will drill into the stock.  I will look at where institutional activity was evident, and I will try to say okay, well that is a good place to have a stop, and here is a good place to have a target based on what has happened in the past; whereas on a NASDAQ stock what I will do is; they tend to range trade much more than New York does; so I will take a chart from yesterday apart and try to figure out, where was the significant volume?  Where was there a trading range?  What was pushing and pulling on the stock; and then plan three entries and three exits for every stock with much tighter parameters; but over the course of the day, it is almost a given that it is going to wind up in one of those ranges again.

Do you whittle it down to a basket of stocks that you like to trade, or will you look at everything in the market and see what is moving; what's got momentum?

I take the entire list of everything that is trading on both exchanges, and then I narrow it down by; well, the first criterion is price.  I will take anything that is moving basically from $15 to $100 a share.  My second criterion is volume.  That has expanded significantly.  I used to do 300,000 to about 3 million shares a day.  I liked stocks that traded thin, because I was waiting for institutions to come back in and try to finish up something they were doing yesterday and that would push them very quickly.  Now, I have broadened it, and it is more like 500,000 to 12 million shares a day that I will put on my list.  Then, what I will wind up with is a list of maybe 1,000 stocks on each exchange, and I can flip through those.  I can flip through those charts pretty quick at the end of the day and look for patterns that I am interested in trading.

And what do you like to have?  Is it 30 or no more than ten?  What do you come to at the beginning of the day to start with?

It is much less than that.  I have, on the around-the-horn setups; on our primary trading plan I usually have six core trades, three discretionary trades, and then four of what I call like scalp trades.  That is probably an average.  Those are just ones that I am following sectors of during the day.  Then on the NASDAQ setups, it is pretty much always six.  I will narrow it down to six stocks.  I have eight monitors in front of me, and I don't know how I would handle more than that.

Would you trade anything outside of those six if something presents itself to you during the day?

No, I make lousy decisions on the fly.  I like to have everything planned.  Pretty much every time I see something and I think that's the time to jump on, I fall victim to my own psychology, so it is better for me to have it planned and do it according to the plan and then I can evaluate it objectively and figure out what went right; what went wrong and make adjustments going forward that way.