Shocking News About US Energy Production 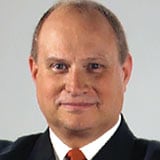 Dan Gramza highlights some fascinating news about energy production in the USA; critical information for oil or natural gas traders.

I'm here with Dan Gramza and we're talking about the somewhat shocking news that hit the energy industry just recently about the US energy market.  You want to talk a little bit about that?  What are your thoughts on this?  Did you follow this news?

Yeah I did, Rob, and it's fascinating.  I think it's been building, but what's interesting about this is that we finally have an outside agency taking a look at it, summarizing probably the things that you follow, Rob, and some of the things that I see.  It's the IEA, which is the International Energy Administration as you know, and it's out of Paris, and it reports to 28 different countries, but you're right.  Here are some things that I find encouraging.  If you look at the United States, the expectation is by 2020 we will be producing more crude oil than Saudi Arabia.

For most people that have never heard anything like this, does this create opportunities?

It creates opportunities from an investment point of view, I think, in terms of the broader aspect of the energy industry in the United States.  I think it's incredibly exciting.  It's going to change the dynamic of our trade balance.  Right now we're importing less than, actually our imports our down 11%, external crude coming to the United States, so that's encouraging.  I mean, Saudi Arabia produces about 9.8 million barrels a day.  Right now we're at 6.7 million barrels a day.

And most people don't even know this.

No, no, no that's true, and you figure what's driving this.  Why?  It goes back to as you know technology.  Horizontal drilling changed everything dramatically.

Shooting water and air into the ground, and we're finding that we have immense natural gas resources for example.  It's not just crude oil.

Oh that's right, and what's fascinating to me, I've invested in some of the natural gas directly in the cash side of this.  What they were talking about before they started doing horizontal drilling, so it was a dramatic impact.  I mean we've seen natural gas prices go from 13 down to 2 because of this supply and technology and our inability to use it totally at this point, but what I find interesting about the crude oil when they were saying we're going to try this concept on crude oil, and I thought I'm not interested investing in it.

Exactly how are you going to get this to flow?  Well, I was obviously totally wrong on that.

Sure enough they figured it out.

You know if you look at North Dakota, they have over 40,000 unfilled jobs there because this industry truly has exploded, so we're seeing sources that we never would have tapped before.  We're seeing the ability to go back to previous areas and go back into those areas and re-tap them, so that's encouraging, so the flows that we're seeing here are tremendous.

Oh it is.  You're right on target, Rob.  It is for years to come.  You know if you look at, let's talk about natural gas.  Right now the expectation, the number one source of energy in the United States, the expectation is by 2030 natural gas.  You know it burns 60% cleaner than what we have with other carbon-based fuels.  If you look at utilities, if you look at, well what I do find interesting though, Rob, what hasn't changed is the consumption, the sources of consumption.

So, for example, a third of it we use to heat our homes, we use about 35% to generate electricity, and we use about 35% industrially, so the steel industry, the chemical industry are huge consumers of natural gas.  So that relationship right now is pretty much constant, but in the future as we get a distribution system like we're seeing in Seattle for example, they have cabs running on natural gas.

Every time I turn around there is a new Waste Management truck or a taxi cab running on natural gas.

There you go, or a bus.  We're behind.  You know if you looked at Canada they've been doing it for years.  I was in Romania earlier this year.  Their taxis run on natural gas.  Australia's the same way, so it's just a matter of time for us to get that distribution system in the United States.  In Kansas they're also building LPG filling stations.  California has quite a few too.

It's a fascinating time for the energy marketplace in the United States.