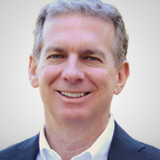 Most traders have heard the adage, "Past performance may not be indicative of future results," however, Scott Andrews has found that it does more times than not.

SPEAKER 1:  I’m here with Scott Andrews of closingodds.com and I’ve got a question for you I’ve been wanting to ask for a long time.  I’ve heard you say it’s important to trade with history on your side.  What does that mean to you and why is that so important?

SCOTT:  Well a lot of traders trade thinking they’re doing something that is worked well historically, right.  That’s the whole idea.  You’re trading something that has maybe made you some money or someone’s told you it’s made you some money.  For me, I tried that for about a year and a half, trading what other people told me has worked well in the past and it didn’t work too well for me, so I’m mathematically oriented.  I like to trade when I can prove there is a historical edge.  I’ll look at a ten year window, I’ll measure a setup over the past ten years and if it’s made money and had a high win rate, I’ll trade it.  If it hasn’t, then I won’t.

SPEAKER 1:  I often hear this quote, and of course as a former money manager, I used to have to say it all the time, past performance is not indicative of future results.  Do you find that to be true, false, or somewhere in between?

SCOTT:  I think the saying is past performance may not be indicative of future results, or not necessarily indicative, but more times than not it is.  I find about two times out of three a given setup will pretty much conform to my expectations and all my expectations are always based upon what’s happened historically.  One time out of three it’s a toss-up.  I may get lucky and still make money, or not, but it won’t necessarily react exactly the way I thought.

SPEAKER 1:  You’re talking about testing historical patterns over time, maybe over ten years of data or whatever.  How much data are you looking at?  What timeframes do you look at?  Do you have special software to do this testing in particular?

SCOTT:  I use a rolling ten year window.  I could look back further if I wanted.  I don’t want to get too far, you know go back to 1998 necessarily, 15 years ago, but ten years generally works well for most markets for evaluating.  I use TradeStation to do the majority of my back testing.  I started off in Excel though, so you don’t have to have TradeStation.  I downloaded data from Yahoo Finance on the Dow, started studying gaps, open-high-low-close data only.  But I’ve evolved now and use five-minute data, but the core of everything I do is based upon daily patterns and above.

SPEAKER 1:  It’s still the way actually I do my own testing in Excel.  I’ll just download the data and run the numbers.  Do you program TradeStation to run that automatically, or are you scrolling back through the charts?

SCOTT:  No, I’m doing everything sort of in advance, so I’ve studied thousands of patterns, analyzed them, put them in a database, and then update the database on a regular basis with how it has worked over the past ten years and then when everyday open-high-low-close and it populates my database with what triggered for tomorrow should be considered and if it shows a clear and strong edge, in fact there are a lot of patterns that trigger, right, so I’m looking for the bulk of the patterns and information I look at.  I try to organize them into broad groups, right, so I’m using momentum, trend, volatility, overbought, oversold, and seasonality, for example, closing out I’ll use those five categories.  Within those categories I may have two or three core filters but I’m looking for consensus, not necessarily unanimous.  It’s very rare to get all five filters, but if the majority of them line up, at least three out of five, ideally four out of five or more, and the average of them is also good, then it’s a pretty darn good set up.

SPEAKER 1:  That’s great advice about keeping history on your side.  Thanks Scott.