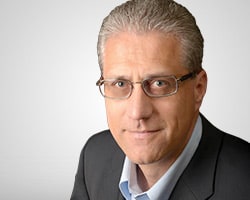 John J. De Goey, CFP, CIM, FP Canada Fellow, is a portfolio manager with Wellington-Altus Private Wealth Inc. Mr. De Goey enjoys a national reputation as an authority on professional, transparent and evidence-based financial advice. A frequent commentator on financial matters, he has written for a number of media sources including Advisor's Edge Report, Canadian MoneySaver, MoneySense, The Globe and Mail and The National Post. He has made numerous appearances on a variety of television programs, including CBC's Marketplace, News World, and The National, BNN's Market Call, and CTV's Canada AM. In 2003, Mr. De Goey released his groundbreaking book, The Professional Financial Advisor, which was later updated and re-released in both 2006 and 2012. In late 2016, he released the fourth edition of The Professional Financial Advisor. His latest book, STANDUP to the Financial Services Industry was released in the spring of 2019. In 2017, Mr. De Goey received the Donald J. Johnston Award from the FP Canada Fellow for his lifetime dedication to the advancement of the financial planning profession.

Canadian investors are at risk and they don't even know it. Their well-intended advisors often give ...

View All from John De Goey