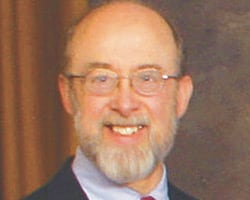 Paul Goodwin has been a member of the Cabot investment team and editor of Cabot China & Emerging Markets Report since 2005. A researcher and writer for over 30 years, Mr. Goodwin brings a lifetime of inquiry to the task of figuring out whether stocks and markets are likely to go up or down. Under his stewardship, the Cabot China & Emerging Markets Report was ranked by The Hulbert Financial Digest as the top-performing newsletter for two years in a row: in 2006 with a 76% gain and in 2007 with a 74.1% gain. Cabot China & Emerging Markets was also named Investment Letter of the Year for 2007 by Peter Brimelow of MarketWatch, and Best Financial Advisory Newsletter in 2008 by the Specialized Information Publishers Foundation. Prior to joining Cabot, Mr. Goodwin was a senior financial writer for Putnam Investments' international and institutional communications, writer and information designer for a consulting design firm, writer/editor of Trivial Pursuit games for Parker Brothers, professor at the University of New Hampshire, and a Chinese linguist for the US Army Security Agency. It is his voice on the Cabot Hotline weekly market update. Mr. Goodwin has given his outlook for emerging markets equities in numerous appearances on financial news organizations including Bloomberg TV, The World MoneyShow, CNBC, Dow Jones MarketWatch, WallStreetReporter.com, and TopStockAnalysts.com.