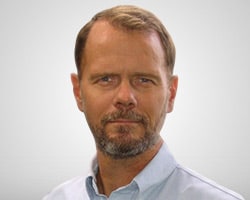 Tom McClellan is the editor of The McClellan Market Report, publishing both a twice monthly newsletter and a companion Daily Edition. He is the son of Sherman and Marian McClellan, who developed the McClellan Oscillator and Summation Index in 1969, and Mr. McClellan today works with his father performing market research. He began his own study of market technical analysis while still in the Army and discovered ways to expand the use of his parents' indicators to forecast future market turning points. Using market cycles, proprietary predictive signals, and some unique breadth indicators, the McClellans provide market position indications for stocks, bonds, and gold. Mr. McClellan ranked as the #1 Gold Timer for the ten-period ending in 2008 by Timer Digest. He is a graduate of the US Military Academy at West Point where he studied aerospace engineering and served as an Army helicopter pilot for 11 years.

View All from Tom McClellan