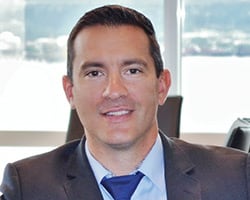 Dan Kriznic founded Invictus MD in June 2014 with a vision to create a Canadian Licensed Producer of Cannabis to meet the significant legal demand. He has been responsible for incubating companies in a variety of industry including cannabis, education, real estate, lithium, and senior care facilities. Through his strategic direction and execution, these companies have grown from nominal to over $750 million in enterprise value. Prior to this, Mr. Kriznic was a senior manager at Deloitte & Touche LLP where he served in leadership roles in its Assurance and Advisory group, advising public and privately held companies for a period of 10 years. He has received numerous awards including the Governor General's Academic Medal and was recognized as one of Business in Vancouver's Top 40 under 40.