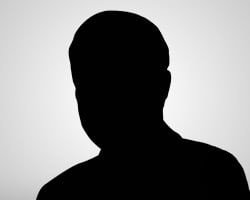 Steven Halpern returned to MoneyShow.com as Top Pros' Top Picks editor in July 2013. He previously served as editor of the Money Show Digest from 2002-2006 and as editor and publisher of the Dick Davis Digest from late 1982 until mid-2000. Along with his mentor, Dick Davis, he pioneered the digest-format among financial newsletters and built the publication into one of the nations' most widely circulated and respected newsletters. He also served as editor and publisher of the Income Digest. For 16 years, Mr. Halpern was also a nationally syndicated columnist for Knight-Ridder Newspapers. His column, Investor Digest, appeared in some 300 newspapers across the country. Beginning in the mid-1990s, he also pioneered the use of the Internet for the financial newsletter industry. Mr. Halpern developed the first online sites dedicated to financial newsletters, including the first online clearinghouse for newsletter publishers and the first interactive site dedicated to bringing investors together with leading investment advisors. He attended Brandeis University as a National Merit Scholar in mathematics and graduated with a degree in the psychology of finance. Mr. Halpern is included in Who's Who Worldwide, Who's Who in America, Who's Who in Industry and Finance, and Who's Who Among Emerging Leaders. He is the author of The Road to Stock Market Success and one of the contributing authors in The Psychology of Investing published by Harvard Press and John Wiley & Sons in 1999.