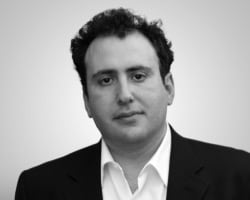 Vitaliy N. Katsenelson is chief investment officer at Investment Management Associates. He is the author of Active Value Investing (Wiley 2007) and The Little Book of Sideways Markets(Wiley 2010). His books have been translated into eight languages. While his primary focus is on discovering undervalued companies for his clients, he is also known for his uncommon common sense, which is regularly expressed in articles in the Financial Times, Barron's, Bloomberg Business Week, Institutional Investor Magazine, and the Christian Science Monitor, among other outlets. Previously, he was an adjunct faculty member at the University of Colorado Graduate School of Business, where he taught the practical equity analysis class. He is a CFA charter holder, a member of the CFA Institute, and has served on the board of the CFA Society of Colorado. Mr. Katsenelson received both his bachelor of science and his master of science in finance from the University of Colorado at Denver. Forbes magazine called him "the new Benjamin Graham."