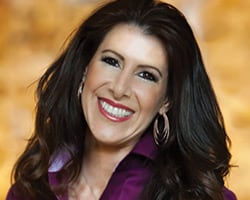 Kym McNicholas is an Emmy-Award winning anchor/reporter/producer and entrepreneur with 17 years of on-camera experience on national television and online. She helped to revolutionize the world of online video journalism as a pioneer of digital video content post dot.com boom and beyond. Through dedicated hard work and giving back to the communities in which she's reported on, Ms. McNicholas was also awarded the governor's medallion for extraordinary service to the broadcast industry. Her career has given her journalistic breadth ranging from local news to meteorology, sports and business with a focus on tech. You may have seen her appear on CNN, Fox NewsChannel, Comcast Sports, KRON4, CBS, NBC11, and more. Her tenure at Forbes solidified her beat in business and has developed her into an extremely well-connected industry expert who most recently was director of global startup competition, the Extreme Tech Challenge with Sir Richard Branson, where she vetted more than 3,000 startups from around the world to present at the world's largest consumer electronics show in Las Vegas, CES, and present to the founder of Virgin on his private island, Necker.