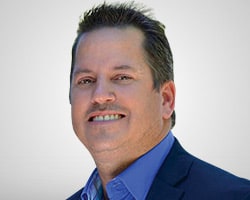 EVIO Labs' co-founder, Mr. Waldrop serves as the CEO for EVIO Inc. Mr. Waldrop founded the company in 2014, and in 2015 led the acquisition of the company's first analytical laboratory facility in Bend, Oregon. He has since grown the company to nine labs and is the driving force behind the nationwide rollout of EVIO Labs. Previously, Mr. Waldrop served as chairman of the Board and CEO of Vision Direct Marketing, and as president and COO of College Partnership. As vice president of operations for Leading Edge Broadband, he oversaw the design and roll-out of a global telecommunications sales and outreach network. Mr. Waldrop received a BS from California State University - Long Beach and an MBA in Finance from the University of Southern California.