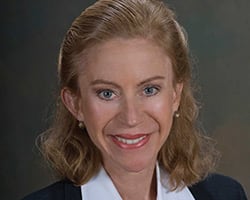 Armstrong Center for Energy & the Environment

The Honorable Kathleen Hartnett White joined the Texas Public Policy Foundation in January 2008. She is a Distinguished Senior Fellow-in-Residence and director of the Armstrong Center for Energy & the Environment. Prior to joining the Foundation, Ms. White served a six-year term as chairman and commissioner of the Texas Commission on Environmental Quality (TCEQ). With jurisdiction over air, water, waste, and water rights, TCEQ's staff of 3,000, annual budget of over $600 million, and 16 regional offices make it the second largest environmental regulatory agency in the world. Kathleen was named to the Donald Trump Campaign's Economic Advisory Council and was twice nominated by President Trump to become Chairman of the White House Council on Environmental Quality. She is the author of Fueling Freedom: Exposing the Mad War on Energy, Regnery Publishing, 2016 (co-author Steve M. Moore.)