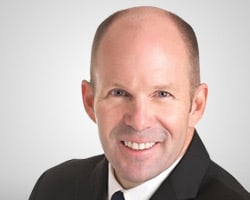 Greg Engel is CEO at Organigram Inc, a leading publicly-traded licensed producer of medicinal cannabis in Canada. A senior executive with 30 years of national and international experience in the pharmaceutical, biotechnology, cannabis, and consumer packaged goods industries, he has led the creation, development, and growth of several companies over the span of his career. An articulate and trusted voice in the burgeoning Canadian cannabis space, Mr. Engel most recently worked with a competitive licensed producer to become the first Canadian exporter of medical cannabis, as well as the establishment of several trailblazing industry standards. As leader at Organigram Inc., he is focused on reputational excellence through product quality and safety, expansion of the company's Moncton, NB facility, and production efficiencies to position the company as a leader in the medical and adult recreational cannabis industries.