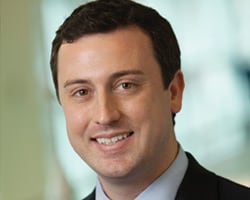 John Erdos, vice president, is an investment management consultant supporting BlackRock's partnership with Fidelity Investments. Mr. Erdos is responsible for the distribution of BlackRock mutual funds, SMAs and iShares ETFs through Fidelity offices and call centers on the West Coast.

Prior to this role, He was a member of BlackRock's internal sales team serving as an investment management associate covering the Northern California and San Francisco territories for the private client group. Before joining BlackRock in 2010, Mr. Erdos was on the institutional client account team at Capital Group in Los Angeles. He began his career with Bear Stearns in 2003 holding several roles in their San Francisco office.