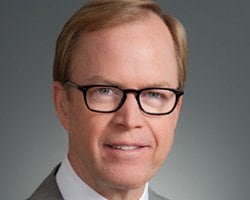 Jurrien Timmer is the director of global at Fidelity Investments. He has 30 years' experience in the investment world and is a 22-year veteran at Fidelity. Mr. Timmer plays a key role in Fidelity's $425 billion Global Asset Allocation group, where he specializes in asset allocation and global macro strategy. As an investment strategist, his work comprises a unique blend of macro-economic, technical, and quantitative disciplines. Mr. Timmer's global macro research is widely followed within Fidelity by its portfolio managers, analysts, and senior executives. In addition to this internal role, he has become one of Fidelity's primary spokesmen. In this role, Mr. Timmer regularly presents his investment outlook to Fidelity's clients and associates at meetings and conferences in the US and around the world. He also publishes a monthly investment outlook for clients, and appears regularly in TV and in print. Mr. Timmer joined Fidelity in 1995 as a technical research analyst and in 1998 became Fidelity's chief market strategist. In this role, he became involved with Fidelity's legendary Chart Room. Mr. Timmer joined the Asset Allocation group in September 2005. He received a Bachelor of science degree in finance from Babson College in Wellesley, Massachusetts, in 1985.