A Trio of Junior Mining Favorites 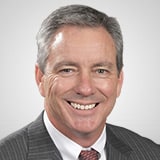 Brien Lundin is a leading specialist in smaller-cap and lower-priced mining stocks; in his Gold Newsletter, the advisor highlights a trio of gold and silver opportunities.

Want to hear something amazing? In the past year, Blackrock Silver (BKRRF) has completed 53,000 meters of drilling on its Tonopah West project in Nevada.

The Merton vein that produced the bonanza grades is part of the DPB system that BRC is drilling to outline an initial resource estimate for by the end of the year. Given the good results that have been coming back from ongoing drilling on this target, that estimate has a real chance to surprise to the upside.

Blackrock Silver also recently announced a C$2 million private placement, to which First Majestic Silver (AG) will contribute C$1.25 million. That financing will come on top of a larger, C$8 million bought-deal financing announced previously that will issue 10.7 million units on the same terms as the second placement.

Raising that much money and bringing in First Majestic as a strategic shareholder are big coups for Blackrock, as they validate the potential of its Tonopah West project and the potency of this story in a rising silver market. BRC remains a first-rate silver speculation and continues to be a strong buy.

GR Silver Mining (GRSLF) made news on a couple of fronts this month, issuing high-grade assays from the Mexican Plomosas Mine Area and the San Juan target on its Plomosas project and topping off its ownership of the nearby San Marcial project at 100%.

These assays point to the potential of San Juan to host a significant high-grade (and near surface) resource. Three of the veins identified on the target have yielded this type of mineralization. This bodes well for GRSL’s upcoming resource estimate on San Juan.

With drilling on both the Plomosas Mine Area and the San Juan Area wrapping up, we won’t have to wait long to get a look at those estimates — management expects them to hit the market before the end of June.

Combined with the final option payment of C$2.5 million and 1.5 million shares that GR Silver has made to SSR Mining (SSRM) in exchange for a 100% interest in San Marcial, the company appears well on its way to providing more leverage on a return of the precious metals bull markets. GR Silver is still a buy at current levels.

Montage Gold (MAUTF), which has renamed its Morondo gold project Kone in Cote d'Ivoire (in alignment with the name of the core deposit area), delivered an eagerly awaited PEA on the project. The numbers were solid.

As of early May, almost 80% this drilling program was complete. An indicated resource update, based on this current drill program, should hit the market some time in Q3 2021. That will be followed by a feasibility study on Kone that is due out by the end of the year.

It’s an excellent level of news flow, and it appears to be coming as gold looks primed to the re-test the all-time highs it posted last year.  At current levels, Montage Gold is a strong buy.