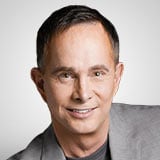 There are three major scenarios in place for Europe's exit from its current financial imbroglio, but like the US, usually you can forget about the most extreme measures and work on the middle—for good or bad—notes John Mauldin of Thoughts from the Frontline.

The European option du jour is, rather than opting in a straightforward manner for either fiscal union and a Eurozone-wide backing of banks, etc., or a breakup of some sort, European leaders might do nothing more than deal with the problem immediately in front of them, moving from crisis to crisis in a slow-motion drift toward fiscal union.

To detail what a real fiscal union would mean and cost, you end up having to ask voters to approve something, and European leaders just don’t know what they will say. What if they say no, nein, non, não, ochi, nee, neen, cha toigh leam, or ei? There are so many ways to say “no” in Europe.

Which is why Monti is frustrated with the whole parliamentary process of dealing with the Euro crisis. It all gets so very messy when you have to explain to voters exactly why and how much they should pay for your personal vision of their future. “If the governments are tied by their parliaments’ decisions, the lack of freedom of action will result in Europe’s breakdown, rather than deeper integration.”

This is not unlike someone telling a Russian president to be patient because he will have more flexibility after the election. Just saying.

Who Do You Trust?
The European Union is a rather odd creature. It has a parliament that is widely seen as a joke, with the real work being done by various commissions appointed by national leaders and perhaps ratified by the EU parliament. From my reading, most Europeans are anti-Brussels, as opposed to anti-euro. They see Brussels as a creation of bureaucracy.

They expect their own national governments to do the hard work of governing and to protect them from the worst of the European issues. They would be reluctant to give up their national sovereignty in the same manner as the states have in the US.

And if you go back to the founding of the US, you see that modern European attitudes are not at all different from what 18th-century Americans felt about Washington, DC. Washington the man was more important than most now realize, as he gave the early government much of its legitimacy.

The competing visions of Jefferson and Hamilton and the rest of the founding fathers led to some serious disagreements and public dissension. The election of 1800 was perhaps the most bitter and contentious one in US history, far nastier than today’s (“If Jefferson is elected all the churches will be shut down,” etc). And then there was that little dispute over states’ rights that came to a boil in 1860.

If politicians in 1792 had tried to sell voters on a full fiscal union as a reason to vote for the Constitution, we might still be debating the Articles of Confederation today. And that is the crux of the problem in Europe. The costs of choosing either breakup or a fiscal union are so high and fraught with contention that to ask voters to choose with full knowledge of the costs would be to ask the question and not know the answer.

So why not choose fiscal union light? Rather than trying to reach the finish line in one huge leap, why not take a series of smaller steps? Let the pot heat slowly, rather than bringing it to a boil quickly. Like the proverbial frog, by the time European voters notice how hot it is, it will be too late to jump out.

But the hitch is, that might be the most costly route in the long run. It would mean bouncing from crisis to crisis, with each crisis costing more to resolve—but just not enough to make everyoone walk away. The longer the process is drawn out, the more expensive it will be.

We know about Spanish and Italian problems. What European leaders have not recognized (and indeed most of the world hasn’t, from what I see) is that France is the real problem. France is careening toward a dénouement of biblical proportions. Within a few years it will be just as problematic as Spain is today. France is in deep, deep foie gras.

Germany thinks it has an AAA debt partner for its guarantees of European debt in the EFSF, ESM, etc. It does today, but France will soon lose that AAA rating, absent significant changes that are not going to be forthcoming under Hollande and the Socialists.

It could happen as early as September, although I doubt Moody’s or S&P will move before the German Constitutional Court ruling on the 12th—unless of course they really want to demonstrate their independence of thought from the political considerations of the moment!

And that ratings cut will just be the first of many. France is in the process of raising taxes on “les riches,” or those making over €1 million, to a nose-bleed 75%. Why stay in France when you can move, pay lower taxes, and visit when you want to? The new law will end up lowering, not raising tax collections, as has been shown by recent state tax hikes on the rich in the US. People vote with their feet.

In France, it is not just the tax on the rich that is leading to trouble, but so many other actions—like lowering the retirement age to 60, even though people are living longer and there are fewer people paying into the system as the nation ages. France has a near-term entitlements problem at least as severe as the US, but government spending is already at 55% of GDP.

By the time France becomes the clear problem, European voters will have committed so much to the process that to walk away will be far more costly than it would be today. Unless Merkel can somehow convince Hollande to really cut social spending dramatically in the coming years, the day of reckoning will arrive.

And how has the deficit-cutting approach worked out for Spain, Greece, et al.? For that matter, Germany is in violation of the treaty deficit rules.

As part of this save-the-euro process, I fully expect that at some point there will be a mechanism that allows the ECB to monetize debt and buy peripheral bonds on a very large scale. We are talking multiple trillions of euros, as once you start that process you must continue it until the target country has gotten its deficit under control and is growing again.

Whether it is the ESM becoming a bank or being allowed to issue bonds that the ECB can then use as collateral, or any of several schemes being proposed, the only real source of adequate firepower is the ECB. Sooner or later, the Germans will have to let the ECB off its leash, and that will not be good for the euro. And most definitely not when it is France with the problem.

The corollary to this view is that the euro problem will not go away for years. We will get euro fatigue, like Greek fatigue writ larger. As in the days of my youth, this is going to be like a very long road trip across the country in a car with no air conditioning in the middle of summer, with three young kids and a cranky mother-in-law. Stay tuned.