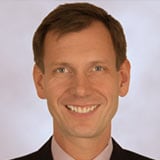 Japan's currency has been an odd source of strength for many years, but its island of stability is eroding, warns Axel Merk of Merk Insights.

Because of Japan’s massive public debt burden, pundits have called for the demise of the Japanese yen for years. Are the yen’s fortunes finally changing?

Our analysis shows that the days of the yen being perceived as a safe haven may soon be over. Let us elaborate.

So many foreign-exchange speculators have lost money shorting the yen that the currency earned the nickname the "widow maker." Indeed, as the yen has had a weak patch as of late, some are already cautioning the trade might be crowded. But we don’t talk about a trade; we talk about a fundamental shift in the dynamics that might finally be unfolding.

To understand the yen, consider the earthquakes that hit New Zealand and Japan in early 2011. New Zealand’s shaker caused the New Zealand dollar to fall; Japan’s earthquake, in contrast, pushed the yen higher. In the short-term, earthquakes disrupt economic growth; conventional wisdom suggests less growth leads to a weaker currency. However, economic growth and currencies do not correlate as highly as one might expect.

Indeed, everything appears backwards in Japan, and there’s a reason: historically, Japan has enjoyed a current account surplus. As a result, Japan does not rely on inflows from abroad to finance its budget deficit. Despite conventional wisdom, note that when there’s a shock to the economy, consumers save more and spend less, a positive to a currency all else being equal (i.e., in the absence of a current account deficit).

In contrast, countries like the United States, or New Zealand for that matter, have a current account deficit; in the absence of growth, foreigners are less inclined to invest in the country, potentially depriving the country of inflows needed to finance budget deficits, in the process, putting downward pressure on the currency. One reason why US policymakers favor growth over austerity is to encourage inflows to finance the deficit.

On that note, the lack of growth in the Eurozone, where the current account is roughly in balance, may be bad for employment. But the euro has managed to hold up reasonably well despite the crisis.

In some ways, when a country has a current account surplus, currency dynamics may be counter-intuitive: the more dysfunctional the Japanese government, the stronger the yen appears to have been in recent years.

Since 2005, Japan has had seven prime ministers, with another change likely soon. A government with rotating heads suggests a government that doesn’t get anything done. Usually a government that “gets things done” is one that spends money, but Japan could not even get an expeditious rebuilding effort underway after the earthquake struck.

Japan is doing its part to accelerate the demise of its current account:

Why does this all matter? After all, the US has had a massive current account deficit for years.

The size of the current account deficit represents the amount foreigners need to buy in assets (local financial assets or real assets) to keep a currency from falling. With a current account deficit, Japan's debt-to-GDP ratio of over 200% may suddenly matter, as Japan may need to offer higher rates to attract foreigners to buy local assets (e.g., Japanese government bonds).

The trouble is that Japan’s debt might be unsustainable at higher interest rates. To the extent that Japan has a current account surplus, it doesn't matter whether foreigners buy the yen, but those surpluses have fallen to deficits recently, and that trend looks set to continue.

Some will argue that it still doesn't matter, as Japan is currently more concerned with negative rates. Our analysis, however, shows that the market does care: in recent years, the yen often appreciated when there was a "flight to safety."

If we use the VIX index, a popular measure of implied volatility of S&P 500 index options, as a proxy for the amount of fear in the market, then the yen should show a high correlation with the index. Below please see the 12-month rolling correlation of the yen versus the VIX index:

What the chart shows is that the yen isn't the safe haven it used to be. The yen no longer is the "go-to" place when fear is elevated.

The one thing still going for the yen is that Japanese policymakers often don't execute on their talk. For example, Abe's election rhetoric suggests that the Bank of Japan (BOJ) will lose its independence as the government may force it to increase its inflation target of 1% (which it has failed to achieve) to 2 or 3%.

But the BOJ has failed over and over again to live up to its promises. A side effect of that is that in recent years the BOJ's balance sheet has barely grown (the BOJ has "printed" very little money, as one might colloquially say); Japan did its moneyprinting in the 90s.

Will Hedge Funds Be Wrong Again?