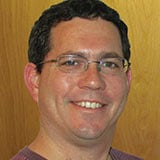 The performance of Disney (DIS) certainly counts as one of the pieces of evidence that is allowing to start feeling more bullish than bearish again these days, suggests Nate Pile, editor of Nate's Notes.

Though there has been a lot of good stuff taking place at Disney for a while now, the stock has essentially been stuck in a trading range between $90 and $120 for the past four years.

But, in response to a recent presentation in which it finally filled in a lot of the blanks surrounding its plans to launch a streaming video service, the stock gapped up nicely moving to an all-time closing high.

I am very pleased to report that some of the more noteworthy offerings that will be available on the ad-free platform include the entire Star Wars library, virtually all of the Marvel Universe films, 18 Pixar films, a portion of Disney’s “vaulted” classics, 250 hours of National Geographic content, exclusive streaming of the entire Simpson’s series, and roughly 5,000 episodes of various television shows (among other things).

And part of what got the stock popping, no doubt, is the fact that Disney plans to offer the service (at least initially) at the very aggressive price point of $6.99 per month — vs. $14.99 per month for a standard Netflix (NFLX) subscription, for example — and, in doing so, seems to almost be positioning as more of an “add-on” rather than a replacement for the other streaming services that are already up and running.

To be sure, the company has made it clear that even though it already owns a great deal of the content it will be offering, it will still be spending a great deal of money on both the build-out of the system but also on licensing revenues for content it does not own and the creation of new, original content, but, as you can see from the initial reaction of investors, investors seem to feel comfortable with the math behind the project.

Of course, along with firing this very loud warning shot that it came to play in the streaming space, virtually all the other components of Disney’s business model are also continuing to fire on all cylinders these days.

Consequently, though I know it can be tough to buy stocks that are trading near all-time highs, if you do not yet own any Disney (or are still fairly underweighted in the stock), you are strongly encouraged to do some buying over the next few weeks, as history suggests that now that it has broken out from such a long base, the stock could be gearing up to make a nice multi-year (or at least multi-quarter) run for us.