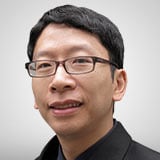 Adjusted earnings per share was $4.45, missing expectations by about $1. The shortfall in earnings is attributable to a big increase in spending. Regeneron is spending more on its early-stage research and on launch support for its new skin cancer drug Libtayo.

In regards to product sales, it was a solid quarter. Despite competition, Eylea has become the leading franchise in wet AMD thanks to its more convenient dosing regimen.

Additionally, the FDA has just further approved Eylea injection to treat diabetic retinopathy, a leading cause of blindness in diabetic patients, which expands the addressable market for Regeneron.

Dupixent had global sales of $374 million, nearly tripling on a year-on-year basis. This time last year, there were concerns over Dupixent’s ramp up, but the drug has come on strong in recent quarters.

Originally approved for atopic dermatitis, Dupixent’s label has expanded to include asthma, a market Regeneron says has expanded by about 10% since Dupixent’s launch for asthma in last year’s fourth quarter. It’s possible the drug’s benefits could extend to allergies and COPD (progressive lung diseases) in the future.

Regeneron’s newest launched (October 2018) drug, Libtayo, generated $27 million in net sales in the quarter, its second on the market. It’s been a pretty successful launch so far.

Regeneron thinks Libtayo could be a cornerstone for a future oncology franchise; the drug is being tested in combination with other drugs to treat cancer.

Playing a role in the stock’s drop is Regeneron’s announcement that a Phase-1 lymphoma study that evaluates the combination of two drugs (Libtayo and the experimental REGN1979) had two deaths.

REGN1979 is a bispecific antibody. This type of engineered protein can bind to two different types of antigens and mark up more cancer cells for the patients’ T-cells to destroy.

While the two patient deaths are unfortunate, the studies continue and Regeneron still regards REGN1979 and bispecifics in general as big parts of its future growth.

We continue to view Regeneron, now trading at historically cheap levels, as the company best poised for growth among the major biotechs.

The higher costs that hurt profits this quarter should normalize, while sales trends for its products are largely positive. Its rich pipeline, with 20 candidates including studies seeking to expand the label for existing drugs, is testament to its R&D prowess. The stock remains a buy.