The Price of Apple&rsquo;s Huge Success 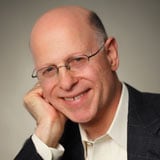 The tech giant’s gleaming product line is resting on a much uglier foundation of cruel outsourced manufacturing, a black mark the secretive company has only begun to address, writes MoneyShow.com editor-at-large Howard R. Gold, who also writes for The Independent Agenda.

As I write this, I’m looking over our family’s iPad. It’s beautiful, as I’m sure the late Steve Jobs would have loved to hear—elegant and easy to turn on and off instantly.

It’s great for reading magazines, playing Angry Birds, sharing family photos, watching movies, and so many other things. It’s a marvel of design and engineering that brings joy and enlightenment to millions of people.

The iPad is just the culmination of a series of wonderful products that have transformed Apple (AAPL) into the leading consumer electronics company of our time. It has vied with ExxonMobil (XOM) as the most valuable publicly traded company in the world, with a market capitalization of over $400 billion.

Apple sold 37 million iPhones worldwide in its first fiscal quarter and blew past analysts’ expectations for revenue and earnings.

But that joy, enlightenment, and phenomenal success come at a price: The iPad and the iPhone are manufactured in some of the world’s worst electronic sweatshops.

Recent articles in The New York Times revealed as never before how Apple’s development of a largely Asian supply chain in the past decade helped the company turn out tens of millions of gleaming new devices in record time while largely bypassing the US workforce.

But the Chinese factories on which it relies, particularly the massive complexes run by Foxconn Technology, have been riddled with problems—low pay, long hours, and terrible working and living conditions which have resulted in suicides and deaths and injuries from industrial accidents.

The company has tried to hold its suppliers to higher standards in recent years, but two experts I spoke with said it hadn’t done enough. Apple’s critics accuse the company of squeezing suppliers’ margins to make higher profits and constantly pushing for quick turnaround of new products, which almost guarantees safety won’t come first.

The NYT articles and other discussions may be a catalyst for change. In the days before the stories appeared, Apple released the names of almost all its suppliers for the first time, and quietly joined an organization known for its tough audits of safety standards at factories around the world.

Investors, too, are taking note. Managers of so-called socially conscious funds are divided on Apple—some buy it, some don’t—but they’re concerned any serious consumer pushback could affect the company’s bottom line and its soaring share price.

“This has to be a challenge to them of the first magnitude,” said Bennett Freeman, senior vice president at Calvert Investments, whose socially conscious funds own Apple stock.

“Apple has earned a reputation for historic, almost epic product innovation. Apple can’t have it both ways. They have a responsibility to their customers and shareholders,” he told me. “The Times piece…crystallized the extent and severity of their risk.”

The articles said, in short, that Apple has become reliant on a global chain of suppliers like Foxconn Technology Group, a Taiwan-based electronics manufacturing giant, whose massive complexes in several Chinese cities each employ hundreds of thousands of workers.

Foxconn manufactures about 40% of the world’s consumer electronics products for companies such as Dell (DELL), Hewlett-Packard (HPQ), Microsoft (MSFT), and Sony (SNE).

Conditions can be brutal. Workers routinely work 12-hour shifts six days a week, and are paid less than $20 a day. Many live in overcrowded dormitories where several are crammed in to small rooms with no air conditioning. There have been many reports of underage workers employed there, although a recent Apple audit of its suppliers found that number had decreased.

Workers also were exposed to toxic chemicals and dangerous levels of dust, which caused a fatal explosion in Foxconn’s Chengdu plant last year.

NEXT: Why Single Out Apple?

So, why single out Apple if Foxconn and other suppliers manufacture products for so many other companies?

“On paper the company has instituted programs that we see among the better performers,” said Meggin Thwing Eastman, senior environmental, social, and governance analyst at MSCI, who specializes in technology and telecom companies. “[But] I have some doubts about the execution. We see things at Apple that we don’t see at other companies.”

Apple’s secretive business culture makes it less responsive to outside organizations, she told me. But more important was Apple’s squeezing of suppliers, giving them very thin profit margins and thus little incentive to improve workers’ pay or plant safety, as the NYT reported.

“’You can set all the rules you want, but they’re meaningless if you don’t give suppliers enough profit to treat workers well,’ said one former Apple executive… ’If you squeeze margins, you’re forcing them to cut safety.’”

The huge demand for Apple products and the quick turnaround times required for a “cool” new upgrade every year also are a big factor, Eastman explained. “At any point that [improving conditions] goes head to head with a business imperative, getting the product out is going to win every time,” she said.

“It’s not just the need for product innovation. It’s the need for tight turnaround…given the sales,” Freeman of Calvert added. “These problems have been exacerbated by Apple’s phenomenal commercial success.”

The heat is on Apple, which didn’t respond to two e-mail requests for comment. Its Apple Supplier 2012 Progress Report, released January 13, reported an 80% increase in audits of suppliers last year.

The company said it had “broadened our age-verification program” to eliminate the use of underage workers at its facilities. It also put in new requirements to prevent explosions of combustible dust at suppliers’ factories.

And on the same day, the Fair Labor Association, which was set up in 1999 to monitor working conditions in factories worldwide, announced that Apple had become the first technology company to join the organization. The FLA conducts tough independent audits of suppliers’ facilities, Freeman told me.

“Apple must know that when they join the FLA…they will comply,” he said.

I hope so, but wouldn’t it be great if Apple set aside a little bit of its $100 billion cash hoard to improve conditions at its factories, or maybe buy stakes in key suppliers? What else are they going to use all that money for? Buying Yahoo (YHOO)?

I don’t own individual stocks, but I do own Apple indirectly through mutual and index funds. I’m not selling them. And Apple has been such a great performer in a miserable stock market that many investors whose portfolios have been pummeled are giving the company the benefit of the doubt.

But it’s consumers’ demand for “cool” upgrades every year that drives the constant turnover and pressure on suppliers to make things cheaper, better, faster. That drives innovation, to be sure, but it brings unintended consequences as well.

My cell-phone contract ends late this year, and I was looking forward to buying a new iPhone. I was hoping the iPhone 5 would be out by then. Now, I’m going to wait to see if Apple improves its practices before I make the switch. If it doesn’t, I’ll stick with my Android for a while.

Ultimately it all comes down to what you and I demand. And in this area, I think we can demand that Apple do more to set things right.

Howard R. Gold is editor at large for MoneyShow.com and a columnist for MarketWatch. Follow him on Twitter @howardrgold and read his coverage of the 2012 presidential campaign at www.independentagenda.com.