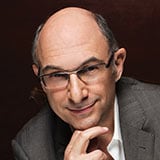 Piggyback investing is a lazy approach to investing and doesn’t always pan out, especially when it’s done blindly without any independent research. The reason is simply that there’s often more to a guru’s trade than meets the eye, writes Steve Pomeranz Thursday.

To increase investor confidence in the integrity of the United States securities markets, Congress passed an act in 1975 which requires that institutional investment managers with over $100 million in equity securities report their holdings to the SEC within 45 days of the end of a calendar quarter. It’s called a 13f filing.

Being a copycat investor on investment gurus

This act lifted the veil of secrecy over what securities money managers bought and sold and the amounts of these transactions. This deprived them of the benefits of using their own research smarts to ride winners without anyone else knowing about them and cut down on some of the funny business that went on.

In recent years with the advent of the internet, a crop of websites has sprung up that diligently tracks these trades.  Now investors have an opportunity to piggyback (or buy the same securities) alongside their favorite guru.

This strategy of piggybacking investment gurus is mostly executed with blind faith and without independent research. Copycat investors simply believe that if a guru is accumulating shares in a company, it is reason enough to replicate his position.

When activist investors take deep positions in stocks where they think hidden value can be unlocked through board-level changes, replacing an underperforming CEO and other forms of activism, copycat investors simply hop on for the ride and let the activist gurus do all the work for them.

So, this piggybacking strategy can lead to sizable losses if you’re not careful.

Moreover, no investor, however great, is infallible and always right. History bears this out; gurus often get things wrong perhaps because the analysis was wrong in the first place or perhaps when unforeseen external factors unwittingly disrupt a well-developed investment thesis.

Sometimes even if the thesis is correct, it can take far longer for the investment to work out than the average investor is willing to wait. So, often it just boils down to simply a timing mismatch, a good example of which is when a guru decides to short an over-priced stock on a very sound thesis, only to agonizingly see shares rise ever higher in a bull market they underestimated. And while the guru may have staying power, copycat investors may be forced to liquidate at a loss.

On this, prominent hedge fund investor, Bill Ackman, comes to mind. Ackman lost $4 billion when he went long on Valeant Pharmaceuticals and has paper losses of over $700 million on Herbalife (HLF), which he shorted. So, think twice before you blindly piggyback any investment.

All Berkshire trades are not made by Buffett

Here’s another example.  Millions of investors are fans of Warren Buffett but are not aware that there are others who also make trades for Berkshire Hathaway (BRK.A).  For instance, many investors followed Berkshire’s action in IBM (IBM), Chicago Bridge and Iron (CBI) and General Motors (GM).

While IBM was Buffett’s idea, very few knew that Chicago Bridge and Iron was Todd Combs’ idea and GM was Ted Wechsler’s idea. I’ll bet most investors never heard of Combs and Wechsler and have no clue what their investment approach is like. Turns out, despite being under the Berkshire Hathaway umbrella, Combs and Wechsler do not attempt to clone Buffett, instead, they each have different strategies and that’s probably why Buffett picked them.

Combs is the most active among them and trades in and out of positions frequently. Wechsler prefers a longer holding period and a more concentrated portfolio.

Buffet, as we all know, likes to hold on for a very long time. So, it doesn’t make sense to blindly mimic Berkshire assuming, incorrectly, of course, that you’re buying these stocks for the long run. You may be caught off guard if you find out that Combs had already sold his stake and moved on. And now you’re sitting there wondering if you should sell your position, maybe at a loss, or hold on. You’d wonder, did he sell due to a change in fundamentals or was he just taking some gains off the table? There’s no way to tell.

Only a handful are truly skilled at stock analysis

Here’s something else that might keep you from being a copycat investor: Of all the investment gurus out there, only a handful are truly skilled. Many are good marketers, big personalities with big mouths, or simply just plain lucky.

So again, with piggyback investing, you’re often going in blind without really knowing whether the guru you’re following is truly skilled or simply riding a hot streak.

Following a guru can be tricky

Here’s another tricky one: If two investment gurus buy the same stock, I’m sure most copycat investors will see that as strong validation for piggyback investing.

But what if I told you that one was a value manager who holds a position for a long time and the other was a quant who was buying a momentum play? Those two purchases do not reinforce each other and 1+1 does not always equal 2.

Try a guru ETF instead

I know from my years of experience with the stock market that doing in-depth research and identifying a long-term winner is far from easy.

Buffett, for example, spends years studying a company, analyzing its fundamentals, and understanding its accounting before buying the stock. He reads up on esoteric details that are beyond most of us, such as whether the CEO’s compensation plan has adverse incentives that might hurt the stock in the long run.

Most of us simply do not have the financial skills and patience needed to truly analyze companies. So, it’s always best to not try and “pick” stocks without doing exhaustive research. Instead, going with a low-cost mutual fund or an ETF may be more appropriate.

And if you really, really want to mimic your favorite investment guru, investing in a guru ETF may be appropriate. Guru ETFs do not just buy stocks held by investment gurus, instead, they aim to replicate the guru’s investing style and stock analysis approach.

For instance, Mary Buffet, Warren Buffett’s former daughter-in-law, has written extensively about Warren Buffett’s investment approach and analyzed many of the stocks he’s picked in the past to show us why he thought they were long-term winners. I interviewed Mary some years ago on this very topic.

But even that is no easy task.  For instance, investment analyses are forward-looking and need projections for a number of parameters such as revenue growth, rising labor, or raw material costs, etc.

But determining future growth rates is not simple and extrapolating past growth rates into the future is overly simplistic. Why? Because unforeseen things can happen over the next 10 years and blow-up your model.  Think Blockbuster Video or Tower Records; they had steady growth for many years, but digital streaming quickly made those business models obsolete and led to bankruptcy.

So, following simple formulas can wreak havoc on your investment performance.

As I always say: Investing is simple, but it’s not easy.  And looking for shortcuts may often end in misery.  Instead, do your homework, know what you own, or find someone who truly understands the character of successful investing.

You can also go to my website and listen to “The Easy Way to Invest like a Legend” which is a segment I did on guru ETFs.  And remember, that even great sailors, when knowing they will be navigating tricky waters, will often use an experienced captain to pilot them through to safety.